No one should reject old and worn US dollar notes-RBZ...

Zimbabwe’s central bank today said no one should reject old or worn United States dollar notes because according to the US government old and worn notes are not considered mutilated as long as more than half of the note is intact and the value of the note is clear.

Some shops and vendors are rejecting worn or old notes, especially one dollar and two dollar notes, as they are most frequently used for small transactions and change.

In a statement today the central bank said: “For the benefit of the transacting public and as already advised by the USA Embassy in Zimbabwe in its Tweet on 16 November 2020, the Bank wishes to inform and restate the position of the United  States Government that U.S. dollar notes do not expire no matter their age, and that the U.S. Government does not even consider old, worn notes to be mutilated as long as more than half of the note is intact, and the value of the note is clear.” 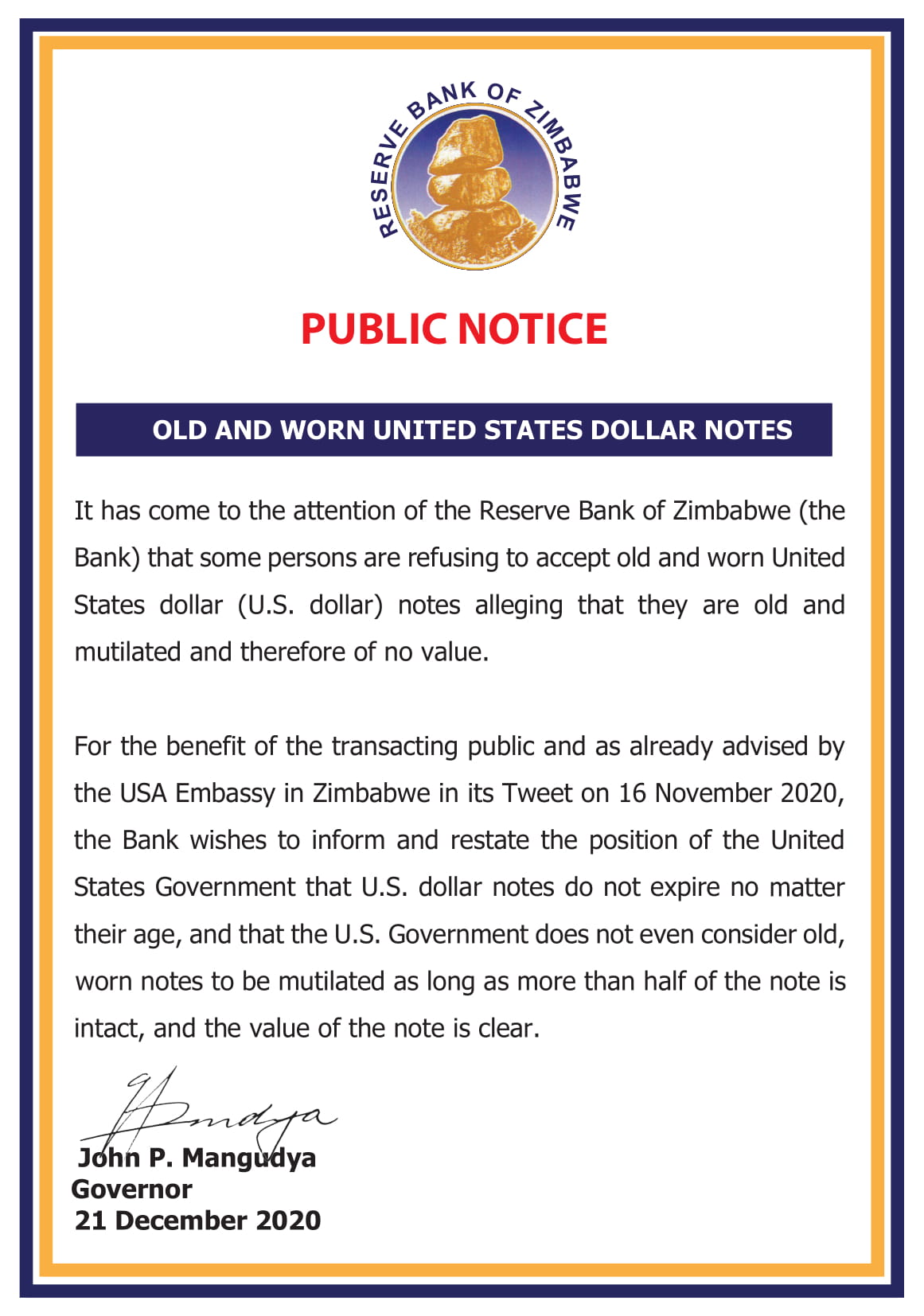