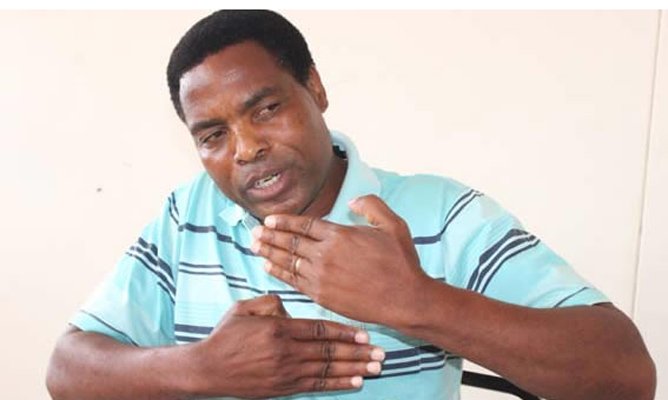 According to Newsday, Sibanda could not confirm or deny the claim but commented: “I am not a member of ZANU-PF and would not want to be dragged into their fights. Let them fight and when they are done, I can comment.”

Sibanda was one of the first senior ZANU-PF officials to be expelled from the party for allegedly belonging to the Joice Mujuru faction. He was, however, not included in the national management committee of Mujuru’s newly formed Zimbabwe People First.

Sibanda lost favour with ZANU-PF after allegedly saying that he was not prepared for a “boardroom coup” that Mugabe and his wife Grace were allegedly plotting because “power was not sexually transmitted”.

“G40 wants to frighten HE (His Excellency) the patron out of meeting his fellow war veterans. They are now holding him prisoner away from his own life,” he was quoted by Newsday as saying.

Mutsvangwa was suspended from ZANU-PF for three years together with his wife Monica. He was also stripped of his cabinet and politburo posts.

His deputy Tshinga Dube who took over the ministerial post says Mutsvangwa cannot continue to be leader of the war veterans association as it cannot be led by someone who is not a member of the party.

Mzembi said Mugabe was at the helm through divide and rule

I don’t trust a white man at all – Never, Mugabe says