Mugabe backs down on indigenisation 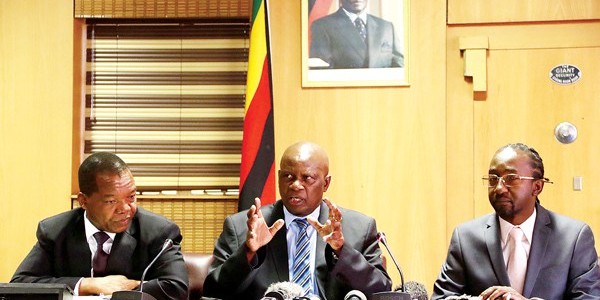 Mugabe’s statement comes after public disagreements by his ministers over the implementation of the law, and just days after a March 31 deadline imposed on foreign companies to comply or risk losing operating licences.

Indigenisation and economic empowerment minister Patrick Zhuwao had threatened to close down non-compliant foreign firms, citing a Cabinet directive. But the government now says it will not demand majority stakes in foreign banks and may allow existing mines to retain control.

While government would continue to insist on 51 percent ownership of new mining business, it would allow existing mines to operate if they retain 75 percent of their earnings in Zimbabwe. Foreign banks can retain control of their institutions, Mugabe said, striking down recent hardline remarks by his own indigenisation minister.

According to the statement, government and its designated entities would seek to hold a 51 percent stake in new investments in the natural resources sector, with the remaining 49 percent belonging to partnering investors.

“The need for investors in this sector to comply with the prescribed indigenization obligations is therefore non-negotiable,” says the statement issued via the office of information minister, Christopher Mushohwe.

“Business in this sector deal with the exploitation of our natural and depleting resources, such as minerals. Government has, therefore, a sacrosanct duty to ensure that such resources are exploited in a manner that safeguards the best interests in the country’s current and future generations.”

However, Mugabe appears to leave an option for existing foreign mines to retain ownership control, as long as they retain the bulk of their earnings in Zimbabwe.

“For existing businesses in this sector where government does not have 51 percent, compliance should be though ensuring that the local content retained in Zimbabwe by such businesses is not less than 75 percent of gross value of the exploited resources.”