Mthuli Ncube tells Biti he did nothing about clearing Zimbabwe’s... 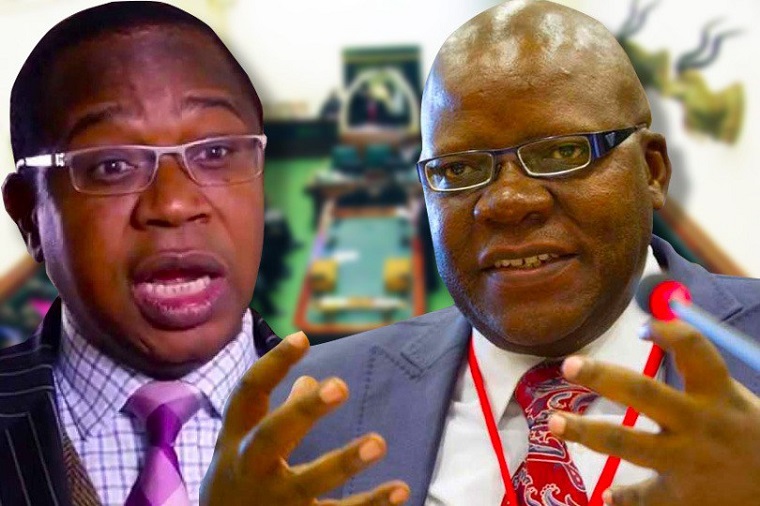 Ncube told Parliament: “Hon. Biti insinuated that we do not have a debt arrears clearance plan, we do. If I can challenge him – when he was Minister of Finance, he did nothing about clearing our debts. He did not do anything. I am not aware.”

Ncube said another former Finance Minister Patrick Chinamasa tried to do something and then he was blocked.

“I am trying to do something. I think he should be more sympathetic. He had certain constraints which I am aware of which I will not say in this House but I am aware of them because I travel out there. I know what he was told out there because they tell me. The same people that he met, I also met them.

“So, we have a plan and if I can remind this House and him, we have agreed that Adesina (AfDB president) can be our champion and we are very pleased that he is a champion for arrears clearance. We held our first high level meeting on 1 December with IFIs, the preferred creditors as well as the Paris Club Partners to discuss our roadmap.

“We have also roped in the former President of Mozambique, Mr. Chissano to also help us deal with some of the governance reforms. President has been very transparent, he has been leading from the front on this issue and we have a plan and a document which I am happy to share with anyone. I will gladly give him a copy.”

Ncube shot down the suggestion by Biti that he should craft his budget in United States dollars.

“On the issue that I should present the budget in US$ – no, no, I chose to present it in ZW$ and that is fairly in order, given our currency regime,” Ncube said.

Hon. Biti, I have already tackled maybe one or two of your comments that 66% of the population is in the informal sector. As I said, the informal sector is a form of employment and it is not a bad thing. On the issue that I should present the budget in US$ – no, no, I chose to present it in ZW$ and that is fairly in order, given our currency regime.

On growth projections, he argued that the budget is about $4.5 trillion and the growth rate is 3.8%, so perhaps the numbers do not add up. These figures are always in nominal terms. We have not made an assumption about inflation. It is what it is. We are using year-on-year inflation. We will see month-on-month declining but year-on-year will still remain high. That is what we are picking here and it is fairly clear.