Did Mthuli Ncube lie about compensation to Zimbabwe white farmers? 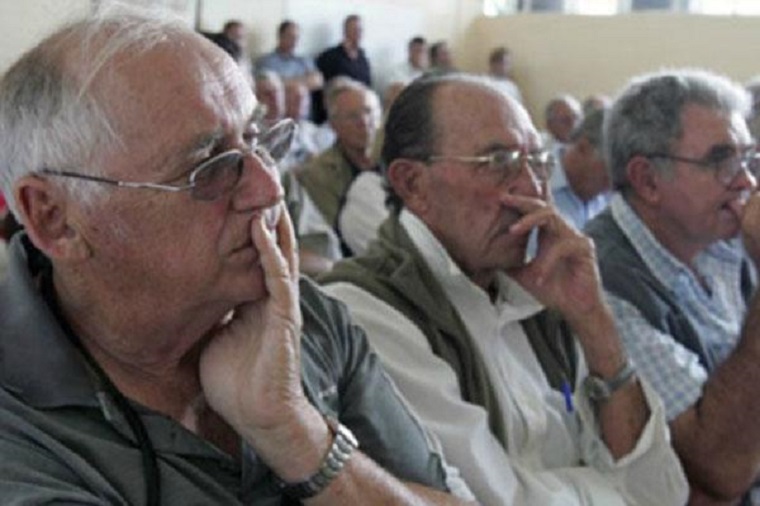 Presenting his 2023 budget last month Ncube said farmers had agreed a new compensation plan in September 2022 which would be in two parts.
The first part involved an interim cash payment of 10% (US$350 million) of the Global Compensation value (US$3.5 billion), over four years.  The government would pay interim cash payments of US$35 million per year for 3 years, starting in 2023 to 2025, with the balance of US$295 million being paid in 2026 from the sale proceeds of the FFO 12.5% Kuvimba shareholding and/or sale of any other Government asset. The cash payments will be made in any jurisdiction in United  States Dollars to an account of Former Farm Owners’ choice, payable biannually in February and July.

The second party involved the issuance of US$ Treasury bonds for the 90% balance of US$3.15 billion, with 0% coupon in the first 4 years and 1% coupon starting from the 5th year. The Treasury bonds will be issued in 2023 and have maturities ranging from 6 to 20 years. The coupon payments would be bi-annual in March and August in United States Dollars. The TBs will be issued with the following features:

Markham said there was no such agreement when the budget came up for debate last week.

“The offer is on the table but there is no agreement.  We are talking of $3.5 billion and the Minister is trying to bulldoze those farmers into agreement by putting a statement in the national budget.  This is nowhere near what is happening on the ground.  It is a false statement,” he said.

When told that he should raise the issue at the committee stage of the debate, Markham said: “I will have the opportunity in Committee Stage but I would like it in the debate, publicly noted that this statement is false.  The Minister should withdraw that statement, it is false.”

Ncube did not respond.