More than half a million now fully vaccinated in Zimbabwe... 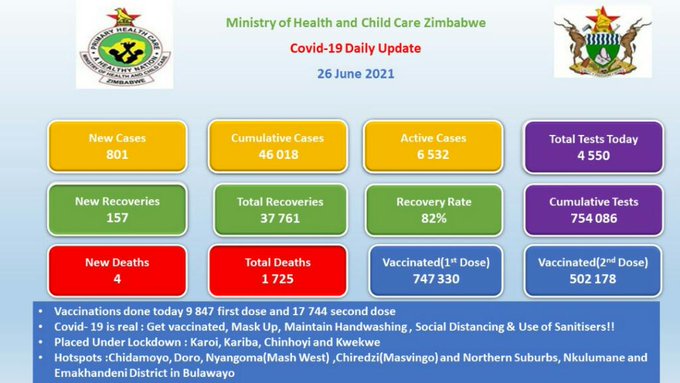 Zimbabwe today surpassed half a million, the number of people that have now been fully vaccinated after 17 744 got their second dose to raise the total of those fully immunised to 502 178.

A further 9 847 got their first jab increasing the number of those who have received one dose to 747 300.

Zimbabwe already has the highest percentage of people that have been fully vaccinated in Southern Africa beating economic giant South Africa.

A total of 157 people recovered today, 119 of them from Masvingo. This saw the number of active cases in the province drop to 420.