Mnangagwa says Zimbabwe is now on the rise- mining companies... 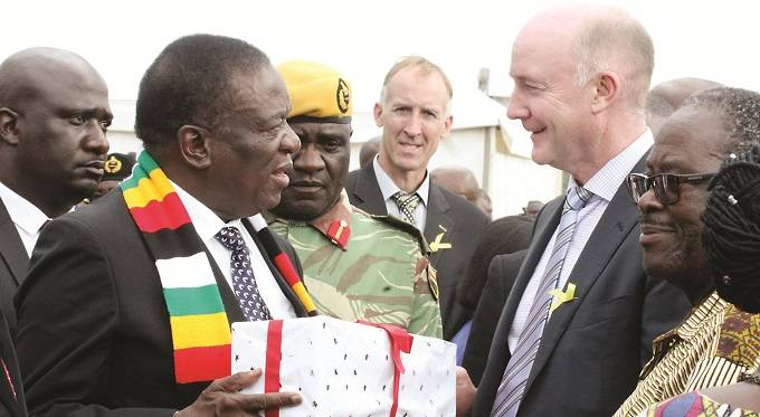 Zimbabwe President Emmerson Mnangagwa today said the country’s economy has now stabilised and is set on a sustained growth trajectory.

Writing in the Sunday Mail, Mnangagwa said: “Inflation is coming down; prices are stabilising; the national currency is firming; activity in the real economy is evident. The breakthrough in meeting our national wheat requirements shows we now have internalised the culture of working to rigorously set national targets.”

As a way of preserving the country’s wealth for future generations, Mnangagwa said mining companies will pay half of their royalties in commodities and in cash from this month.

The move is aimed at building mineral reserves and will initially apply to only four minerals:gold, diamonds, platinum and lithium.

Mnangagwa said he would have wanted the new measures to have started in September but some issues had not been finalised.

Below is the full article:

Because of vigorous interventions, measures and instruments we have taken and brought into train, our economy has stabilised and is set on a sustained growth trajectory.

Inflation is coming down; prices are stabilising; the national currency is firming; activity in the real economy is evident. The breakthrough in meeting our national wheat requirements shows we now have internalised the culture of working to rigorously set national targets.

We have a few more measures up our sleeve to ensure there is complete discipline in the market, and until predictability returns in the operating business environment. With the national economic hand now so visible and unflinching, each and all must know what is right to do, and how to conduct business lawfully, so our economy remains on an even keel. Zimbabwe is on the rise.

Last week, the Second Republic announced a far-reaching policy initiative whose full significance is yet to be fully appreciated. We have unveiled a new policy of building and accumulating national reserves in precious and high-value minerals. I am talking about building national stocks of real precious and processed high-value strategic minerals, so we physically deposit these in our national vaults, both for us and for future generations.

This is a first since the 19th Century, when our country became a centralised mining proposition, under the then colonial order. Of course, no one expected colonial governments to stockpile minerals for us, indigenous people, whether then or for future African generations. They knew they would not be part of that future, and thus did not feel obliged to make provisions for it. Instead, they sought to scoop as much as they could, for externalisation and stashing in their countries of origin. We are now independent; that mercenary and exploitative outlook now has to change, given that nyika yave kutongwa nevene vayo! We cannot, as the present Government, and as the current generation, run and manage finite resources profligately, without any regard for generations yet and sure to come!