Mnangagwa says there are no human rights abuses in Zimbabwe 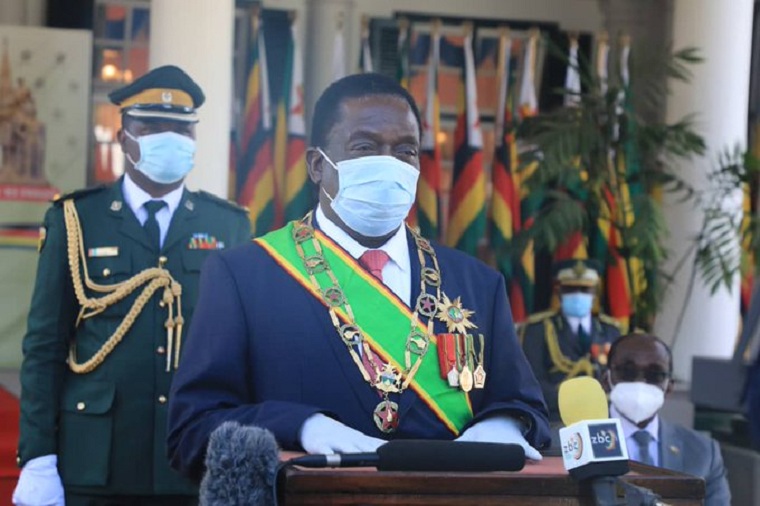 Zimbabwe President Emmerson Mnangagwa today called criticism of human rights abuses by his government “divisive falsehoods” and said his administration was under renewed attack from domestic and foreign opponents.

Mnangagwa, during a Heroes Day speech in Harare, said the allegations were “unjustified attacks by our perennial detractors, both inside and outside our border”.

“The divisive falsehoods and concoctions by renegades and supremacists who want to pounce on our natural resources will never win the day. Truth shall triumph over lies, and good over evil,” said Mnangagwa, who replaced Robert Mugabe in 2017.

Hopes that Mnangagwa would unite a polarised country and revive a stricken economy following the Mugabe era have been dashed. Like his predecessor, Mnangagwa accuses the West of funding the opposition to destabilise the country.

Human rights groups and lawyers say activists are being arrested, abducted and tortured after they called for street demonstrations on 31 July, which the government snuffed out by deploying security forces.

The main opposition Movement for Democratic Change says about 30 of its members have fled their homes fearing abduction or arrest by state security agents.

The envoys arrived today and were expected to meet Mnangagwa later in the day, a government official said.

Critics also say Mnangagwa is using the cover of a COVID-19 lockdown to silence critics as anger grows over 737% inflation – which has brought back memories of hyperinflation under Mugabe a decade ago – a collapsing health sector and shortage of public transport.

Mnangagwa, however, said his government had set a firm foundation “for a thriving constitutional democracy, and a just, open, accountable and prosperous society”.- Reuters