Mnangagwa says provincial minsters are drivers of productivity, modernization and... 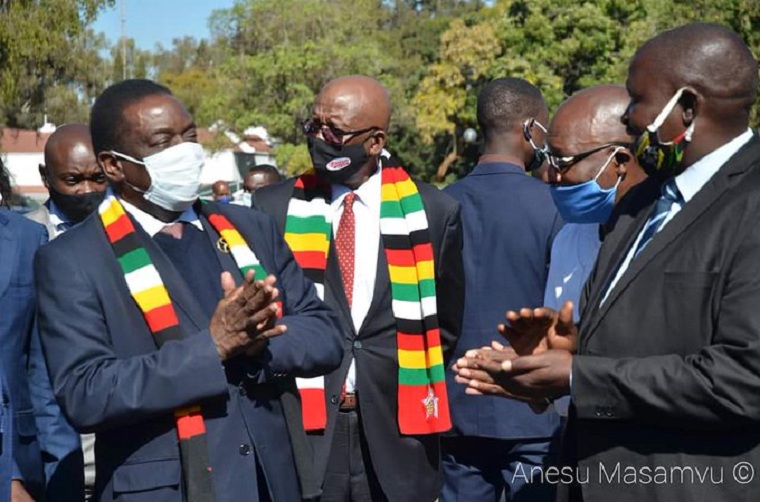 Zimbabwe President Emmerson Mnangagwa today urged provincial ministers to be key development agents for their constituencies through implementing the devolution agenda for the country to achieve targeted objectives under Vision 2030.

Under Vision 2030, Zimbabwe is targeting to uplift its economy to upper middle income status in the next 10 years.

To drive that agenda, devolution, which the new administration is championing, is one of the pillars to attain the objective through development of vibrant provincial economies and rural industries, Mnangagwa said.

“As Provincial Ministers, you are important cogs in all the implementation of government policies and development programmes,” he said.

“You are drivers of national productivity, modernisation and economic growth. This role must never be taken lightly.”

With the current administration having gone two years into its term since winning the 2018 elections,  Mnangagwa said “we cannot afford to drag our feet.”

“Our success will depend on how much we get done during the time we have,” he said.

“We must always be mindful of the promises we made in our election manifesto, promises we must continue implementing and delivering.”

He said provincial ministers should leverage comparative advantages in the development of rural industry systems for inclusive growth.

The strategies should not only stimulate production, but also promote value addition and beneficiation as well as job creation.

The President said provinces should come up with means to measure their development through various economic indicators such as total investments attracted, jobs created, export earnings and import substitution.

He urged the ministers to adopt open door policies that allow citizens to easily approach them when faced with different situations.

At the same time, the ministers should keep a keen eye on local authorities, most of which were failing to deliver their mandate.

“My government will not stand by and watch while our people suffer from poor service delivery by some errant local authorities,” he said.

In light of the Covid-19 outbreak, the ministers should come up with sectoral policies that drive the growth of different sectors of the economy, he said.-New Ziana