Mnangagwa says agriculture is the answer to Zimbabwe’s problems 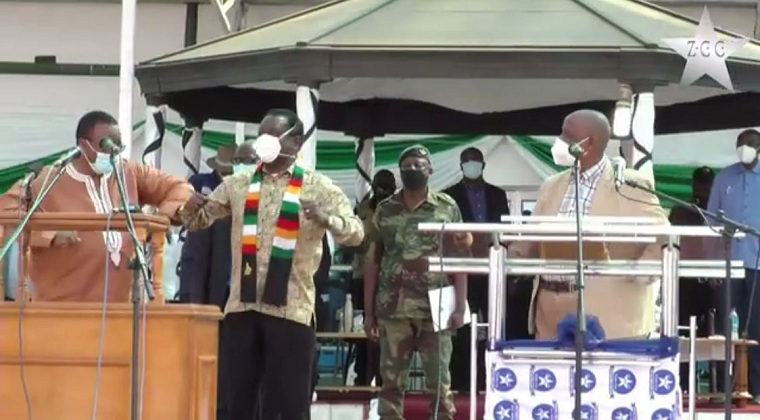 Zimbabwe President Emmerson Mnangagwa today said agriculture was the answer to all of Zimbabwe’s problems and once that was resolved everything else would flow.

He said this at the Zion Christian Church’s administrative headquarters at Mbungo, about 55 km East of Masvingo, after touring the church’s wheat project as well as its milling and water plants.

Mbungo has planted 134 hectares of wheat and is expecting 5 tonnes per hectare.

Zimbabwe says it has this year grown enough wheat to last the country nine months and will need to import wheat for only three months but this might not be necessary as it plans to grow summer wheat.

Mnangagwa said with the three types of farming that his administration has introduced, the country should be food self-sufficient within two years.

The three types are:

The government will provide inputs for medium and small-scale farmers.

With a normal season expected this year, Mnangagwa said that the country could not go wrong.

Agriculture, he said, was the engine for growth.

The second ingredient needed to push the country forward was unity and respect for each other.