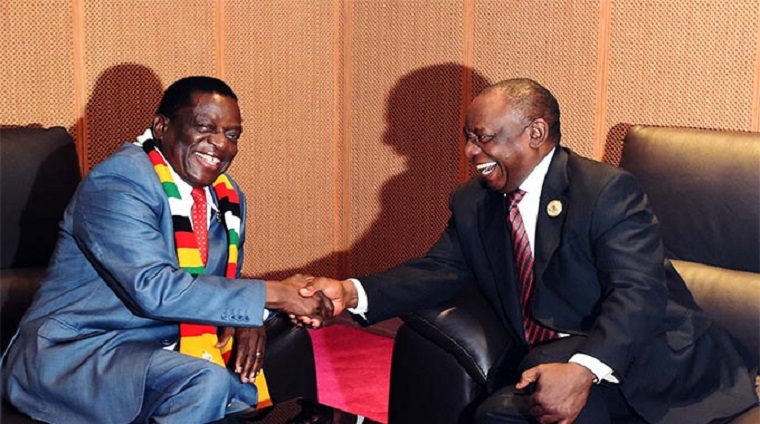 Zimbabwe President Emmerson Mnangagwa today said there is no crisis in Zimbabwe necessitating any foreign mediation to please an opposition which itself is in crisis.

Zimbabwe has in the past few weeks been under international media spotlight, amid claims the country was knee deep in political and economic crisis.

But Mnangagwa, who was addressing the 113th meeting of the ruling ZANU-PF central committee, said the alleged crisis only existed in the minds of the country’s detractors who were pushing a regime change agenda through social media.

“We have challenges like any other country in the region has challenges and we are resolved to face these challenges head on. We will not seek outside mediation to deal with challenges which they (the opposition) themselves have.”

Mnangagwa said there was “no misunderstanding” between ZANU-PF and South Africa’s ruling party, the African National Congress, which recently sent its representatives to get an update on the situation in Zimbabwe.

He said he was in constant interaction with South African President, Cyril Ramaphosa and other regional leaders on the situation in Zimbabwe and the region.

“We chat and laugh at these social mediation insinuations. They (opposition) are wasting their time,” he said.

ZANU-PF, he said, remained focused on accelerating the country’s development despite an unrestrained social media onslaught against both the party and government.

“You have withered attacks, left right and centre from our detractors but ZANU-PF has resolved to focus on our revolutionary path and no one will remove us from that focus.”

Mnangagwa said the economy was stabilising with various measures that the government had implemented to deal and block opportunities for saboteurs.

He said official statistics showed that over 240 000 jobs had been created between January and July this year.

Mnangagwa also reiterated that the land reform would never be reversed for as long as ZANU-PF remained in power, while urging productive use of the land.

“The party will never waiver on its sacred obligation to protect our land. We took our land and it is not going anywhere,” he said, urging land reform beneficiaries to apply for loans to invest in production.

The Zimbabwean government recently came under fire from some quarters that assumed that an agreement signed with white former commercial farmers worth about US$3.5 billion was meant to compensate them for land lost during the land reform programme.

But government has stressed that the payment would be for improvements that were done on the land.-New Ziana