Mliswa tells fellow MPs to go back to witchdoctors who...

by Charles Rukuni 1 month ago2 months ago
-1 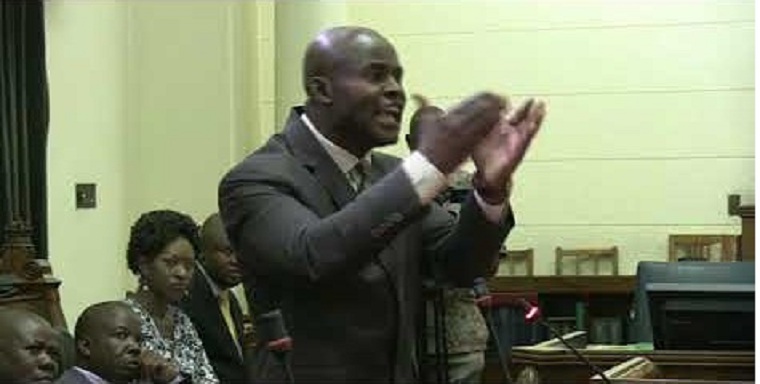 Independent legislator Temba Mliswa has blasted fellow Members of Parliament for not questioning why they are debating a supplementary budget when they are not even aware whether the original budget has been exhausted or not.

He said that Parliament was not playing its oversight role because it did not know how much has been disbursed to the various ministries and chided legislators for being kicked out of hotels yet they were the ones who had approved the budget.

“You are crying foul that the hotels are not accepting you.   Shame on you but you passed the budget.  What have you done to just deal with your own issues?” he asked.

“Let us not come here to rubber stamp issues from your caucuses just to pass things.  We are fed up of parliamentarians who make noise the last minute when you are going towards your end of term because you are now thinking of your suffering.

“Now, because you are poorer, whichever witchdoctor told you that you will be appointed a Minister when you come into Parliament wronged you.  I think you must stop going to these witchdoctors who are lying to you because serving people requires you to be capacitated.

“We now need that, not only intellectual but from a resource point of view and so forth.  So, it is really disappointing that the Caucuses that you have do not talk about your welfare and all that and you have got Chief Whips who should be looking into that.”

HON. T. MLISWA:  Thank you very much Madam Speaker. I just want to contribute on the report on the Mid-Term Budget Economic Review.  The Chairman put it correctly in saying that there were cocktails of interventions for the improvement of social and public services.  The moment you use the word ‘cocktail’, it means that the original drink is not sweet, so you need to add something until you gain some taste.  So indeed, the interventions have been plenty. You are talking about the 929 billion which is required which takes us to nearly two trillion and we have to look at what we have also passed before, whether it has been disbursed or not.