Mliswa tells Chamisa to shut up on allowances for MPs... 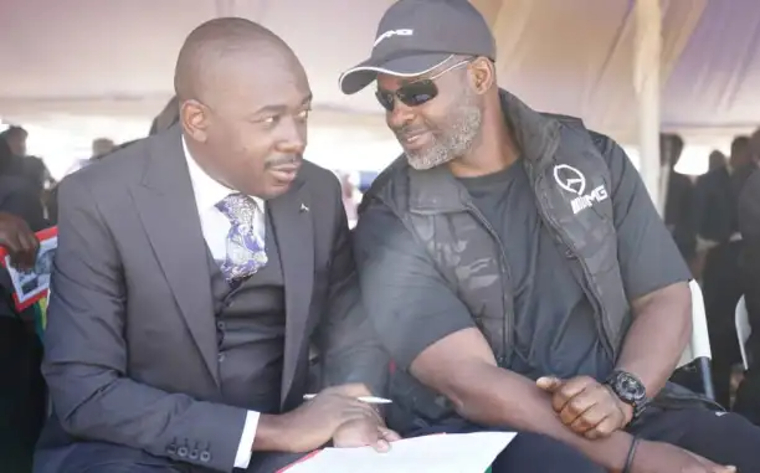 Independent legislator Temba Mliswa yesterday said Citizens Coalition for Change leader Nelson Chamisa should shut up on allowances for Members of Parliament as these are contractual obligations between the legislators and Parliament and not with their party.

CCC Member of Parliament for Mbizo, Settlement Chikwinya, objected to Mliswa’s sentiments saying Mliswa should not talk about Chamisa in Parliament since Chamisa was not in the chamber and could not answer for himself.

Chamisa was reported to have chastised his legislators for accepting US$40 000 loans that have been granted by Parliament to enable the legislators to buy houses. This is said to be part of a package that initially included vehicles for the legislators.

Chamisa described the loan as a bribe ahead of next year’s elections and has threatened to recall legislators who accept the loan.

It appears that the legislators have defied him.

Mliswa said that being a lawyer and a former legislator, Chamisa should understand the suffering that Members of Parliament were going through as they were the lowest paid legislators in the region and were being forced to sleep in cars or brothels because of their poor remuneration.

“I would also like other political party leaders, especially Adv. Chamisa to really understand being a lawyer that the Members of Parliament who are here have a contract with Parliament and not with the party,” Mliswa said.

“I do not know why he gets involved.  He can expel his members but he cannot whip them, so he must understand the contractual issues.  He was a Member of Parliament, so I expect him to stand for other Members of Parliament because he knows how we have suffered.

“We do not want such hypocrisy for a leader who deals with putting up his structure at CCC while we as Parliament do not get our money at the end of the day.  We cannot allow him to just say what he is saying.   He cannot be a one man horse in that party. I do not know why other members of his party have not asked him who he is talking to – there is no structure.  He must stay out of Parliament business.”
Chikwinya said Parliament has rules so Mliswa cannot denigrate his party leader who does not sit in Parliament.

Deputy Speaker Tsitsi Gezi muted the legislators saying: “I had muted you all so that you do not make noise because you were behaving like drunkards; your behaviour was untoward and was like that of a beer hall.”