MDC-T says Mashonaland East will bury the ghost of fear... 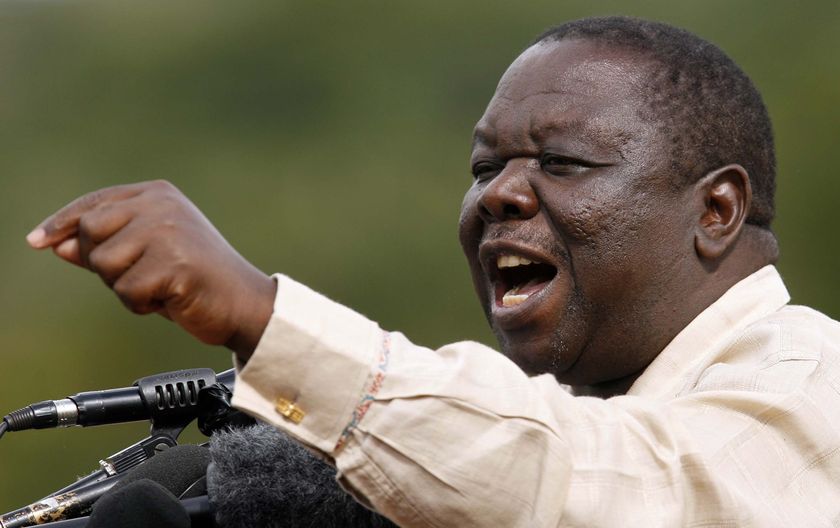 The Movement for Democratic Change led by Morgan Tsvangirai yesterday said the people of Mashonaland East will bury the ghost of fear to vote for change in 2018.

Tsvangirai completed a three-day tour of the province at the weekend and his spokesman Luke Tamborinyoka said in a statement that the Zimbabwe African National Union-Patriotic Front had failed to intimidate the people from attending Tsvangirai’s rallies.

Tamborinyoka said at Kotwa, ZANU-PF had tried to thwart Tsvangirai’s rally by distributing food while intelligence officers tried to disrupt the rally at Mutoko.

“Despite this desperate bid to intimidate the people, the residents of Kotwa, Mutoko Hwedza and Chivhu where the President (Tsvangirai) held his rallies were resolute that no amount of intimidation would work in 2018,” he said.

“At Kotwa and Mutoko, some residents listened to the MDC leader from shop verandas as they feared reprisals from  ZANU-PF officials if they chose to listen to Tsvangirai.

“While the people of Mashonaland East remained resolute and unstinting in their support for change, it was clear that the fear factor is strong in the province. ZANU-PF as a party remains keen on harvesting from the fear they planted in the province in 2008.”

Tamborinyoka, however, said: “Despite the overt fear implanted in the people and the intimidation by State security agents particularly in Mudzi and Mutoko, Zimbabweans in Mashonaland East said they will bury the ghost of fear by voting for change in 2018.”