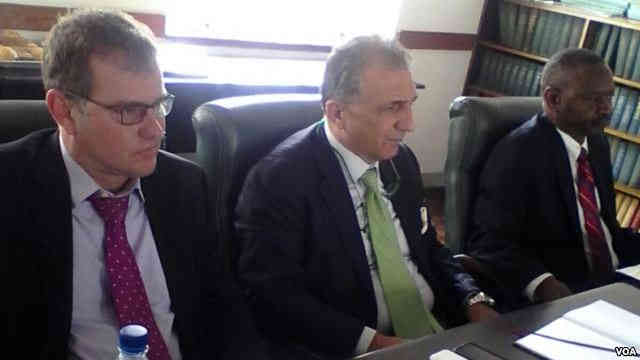 The Movement for Democratic Change led by Morgan Tsvangirai has blasted the International Monetary Fund for not “being brutally honest with Zimbabwe” as it tries to re-engaged with Harare and has set five conditions that the IMF must insist on to get Zimbabwe back on its feet.

In a statement following a press briefing by Finance Minister Patrick Chinamasa and IMF representative Domenico Fanizza at which the IMF said Zimbabwe had met the necessary conditions to qualify for new IMF loans if it clears its arrears to the IMF, the World Bank and the African Development Bank, the MDC-T said the IMF was bending over backwards to accommodate Zimbabwe.

“But what the IMF is not doing is being brutally honest with Zimbabwe. They continue to make the false claim that the economy is growing when it is patently obvious to all that another economic collapse is underway,” the party said.

“They also falsely claim that the country has met its targets under the SMP – already so low as to be laughable, when it is clear to all that we are spending more than we can afford and staff costs in the Civil Service now exceed the gross income of the State.”

The MDC-T said there were five main issues that the IMF had to ensure were met to get Zimbabwe back on its feet:

“It is time that the international community draws a clear line in the sand and makes it clear what Zimbabwe has to do to resume its membership of the global community of nations. Zimbabweans have suffered for too long under a regime that has consistently denied them their most basic rights and destroyed the economy through bad governance and corruption. The IMF has the obligation to make it clear that the re-engagement process will not abuse this process,” the party said.