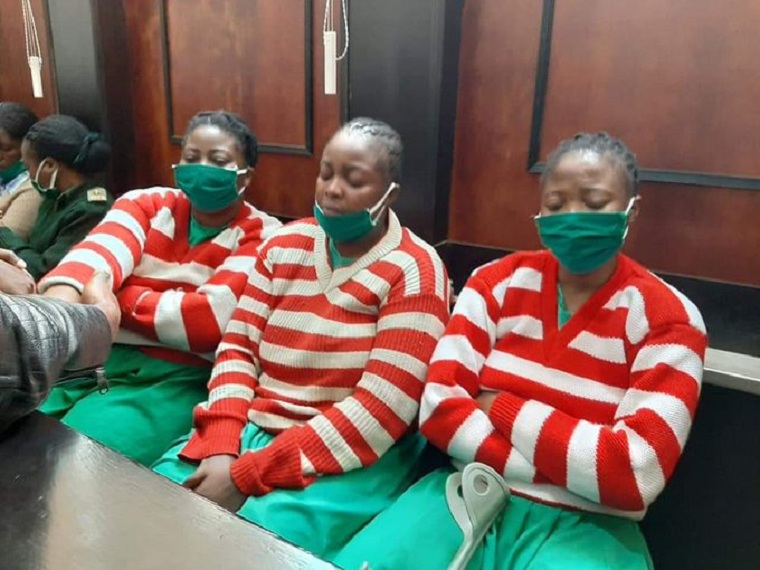 The High Court today granted the three MDC Alliance activists, who are facing charges of faking their own abduction, $10 000 bail, each, coupled with stringent conditions after it upheld their appeal against the ruling of a lower court.

The three, Harare East Member of Parliament Johana Mamombe and activists Cecilia Chimbiri and Netsai Marova, are being accused of lying to the police about being abducted by state security agents.

A magistrate had denied them bail.

“In the circumstances, the exercise of the court a quo’s discretion denying the appellants bail pending trial was improperly impugned. The appeal accordingly succeeds,” he said.

Part of their bail conditions include reporting to the police three times a week and not to communicate with the media including social media in connection with their case.

MDC Alliance spokesperson Fadzai Mahere told journalists that her party was grateful that justice had been served.

“In court we were hearing the bail appeal ruling for the MDC trio of Johana Mamambe, Cecilia Chimbiri and Netsai Marova. The court granted them bail on quite stringent conditions. They were ordered not to speak to the international press, not to go on social media and to report to police three times a week but obviously what’s critical is that they have been granted bail.

“As a political party we are most grateful. Bail is a Constitutional right; we believe we have been vindicated. For women who were abducted, tortured for them to be jailed for a period of over two weeks in the manner that they were, was to turn justice on its head,” she said.

Allegations against the trio are that on 13 May, at around 12.30 pm, they gathered at Choppies Supermarket in Warren Park 1 with other MDC-Alliance youths and staged a demonstration against the recalling of their MPs from Parliament and the alleged misuse of funds for the Covid-19 pandemic by Government.

On the same day, they allegedly called their friends, family and lawyers, saying they had been arrested at a roadblock near Exhibition Park and were taken to Harare Central Police Station.

Upon receiving the communication, their lawyer Jeremiah Bamu reportedly went to the police Criminal Investigation Department Law and Order section.

Bamu is alleged to have approached a senior officer, saying the accused had been arrested and taken to Harare Central Police Station.

According to the State, checks were made and it was established that the trio were neither arrested nor abducted.

Two days later, Bamu went to the police and told them that the trio had been found in Bindura.

The police accompanied him to Bindura where they found the trio and took them to a private hospital in the capital.- New Ziana