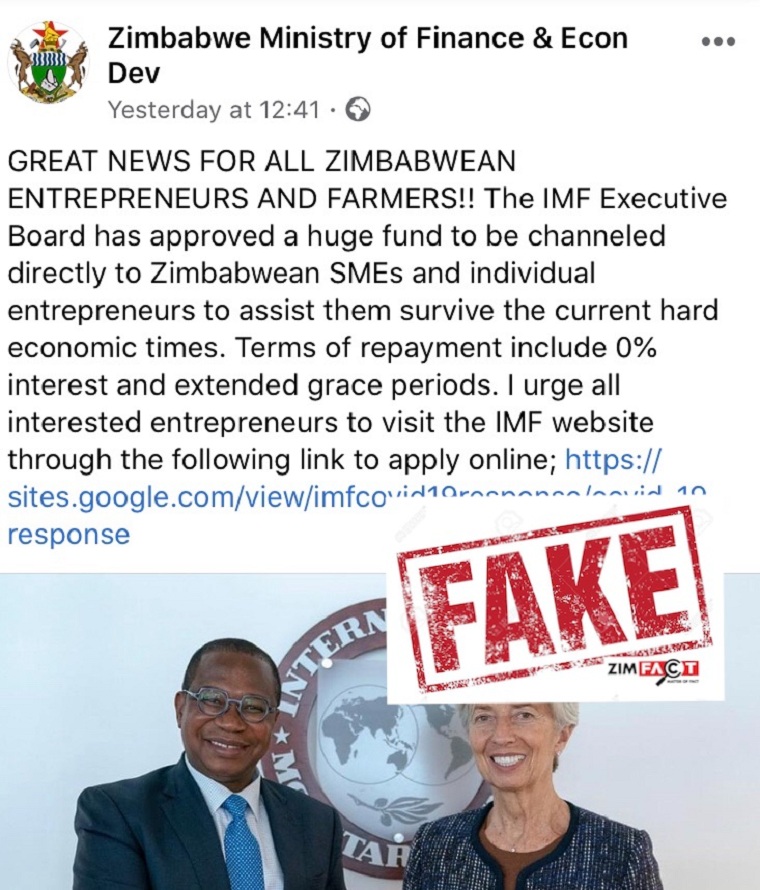 A fake story about a US$2 billion loan facility for small businesses in Zimbabwe purportedly from the International Monetary Fund has been making waves on the internet and has been published by at least two local online news sites.

Zimbabwe fact-checking organisation Zimfact says the story could be a ploy to harvest personal details of Zimbabwean businesses.

It says the Ministry of Finance has confirmed that the story is false. No such facility has been announced.

Zimfact says this is not the first such fraudulent post.

A similar post appeared earlier in June claiming that USAID was giving out grants to Zimbabwean businesses.