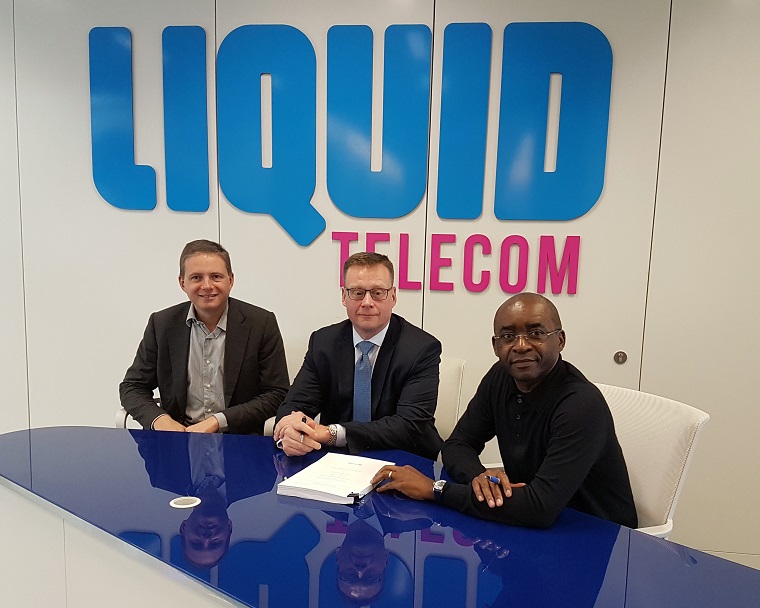 This is an important step toward the group’s goal of becoming Africa’s leading provider of connectivity solutions, following a total of US$250 million in equity and debt investments from the International Finance Corporation (IFC), a World Bank member.

The acquisition of a fibre pair on Google’s Equiano submarine cable will enable Liquid Intelligent Technologies to improve international connectivity in West and Southern Africa, with the capacity to transport up to 12 terabits of traffic.

Liquid Dataport’s President and CEO David Eurin commented on the acquisition, stating that the technology group has expanded its capacity in recent years in response to the steady increase in the adoption of digital technologies in Africa.

“This would not have been possible if we hadn’t invested in high-speed connectivity in both coastal and landlocked African countries,” he said.

According to sources close to the transaction, access to the Equiano submarine cable, which runs from Western Europe and along Africa’s West Coast between Portugal and South Africa, will allow the pan-African technology group to complement and strengthen its domestic and metropolitan fibre networks.

In order to improve connectivity even further, the Masiyiwa-led group intends to connect Equiano’s landing stations to its east-west network across Africa, establishing a new global IP route between Asia, Africa and the United States.

This will take advantage of Liquid’s recent rollout of its fibre broadband network, which spans more than 100 000 kilometers across Sub-Saharan Africa, to meet the growing demand for high-speed connectivity in both coastal and landlocked countries on the continent, as well as to lower internet prices for consumers and businesses.-Billionaires.Africa