Majoko says he could not revive CSC operations. His hands... 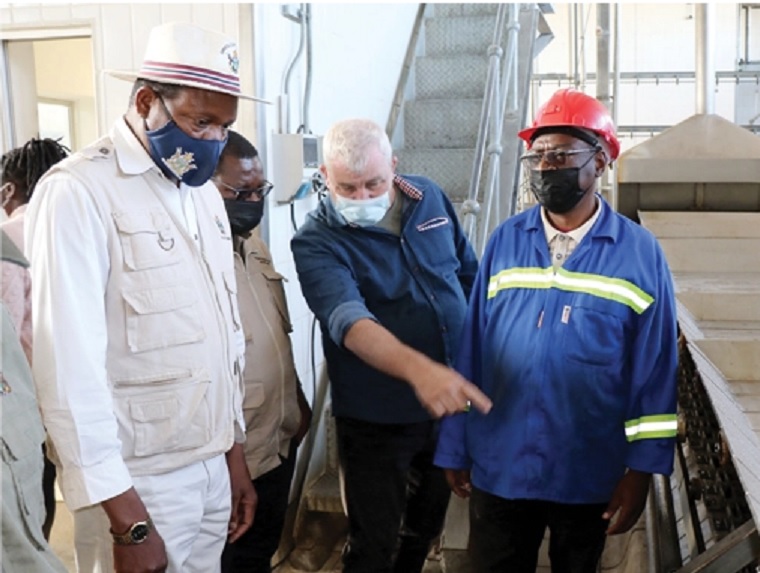 Bulawayo lawyer, Vonani Majoko, who was the corporate rescuer of the Cold Storage Company for more than a year until he was removed on 7 January last year, says he could not revive the beef company because he had no funds except the paltry rentals he got from CSC properties.

Majoko came under fire from some CSC workers after he said that he had filed his accounts with the Master of the High court which showed that he made a surplus of US$ 5 445 during the period he was rescuer from 1 April 2021 to 7 July 2022.

He said he only started getting rentals, from 30 percent of the properties, from 1 November 2021.

The CSC was placed under corporate rescue in December 2020 after the government decided that Boustead Beef, which it had entered into an agreement with to revive the state-owned company in February 2019, had failed.

The first rescuer Ngoni Kudenga was disqualified by creditors because of conflict of interest before he had even started his job. Majoko was appointed in his place but says Boustead Beef never allowed him to operate and was collecting 70% of the rentals.

Workers said Majoko and Boustead Beef were the same as each was focussing on rentals instead of on the core business of the CSC which is processing and selling beef.

One worker queried why Majoko claimed to have realised a surplus when the CSC had a huge debt.

“I know, but  my retort is, from  what  do you revive CSC or any company without money? I  charged rentals so that from the rentals I could plough it back into the CSC,” Majoko said.

“There is a difference with Boustead Beef. They came in as an investor to invest  US$130 million. I did not have a cent to turnaround the CSC, either from the government or a bank.”

Boustead Beef was supposed to invest US$130 million into the CSC over 5 years with US$45 million in the first year, but it did not.

It was also given title deeds to CSC properties which are now valued at nearly US$100 million.

According to Majoko’s report, CSC properties had the potential to earn US$80 000 a month but he was earning only US$3 800 because of the squabble with Boustead Beef.

Majoko said despite these handicaps he managed to pay some CSC workers and renovated some of the CSC property.

He said he had introduced service slaughters at the Chinhoyi branch before being removed. He had also started growing the CSC herd, though modestly, after entering into an agreement with Triangle to pay its rentals in heifers.

Majoko is reportedly being investigated for fraud and is said to have scuttled a deal to finance the CSC’s revival which Boustead Beef had entered into with United States financiers, Ethos Asset Management.