Khupe showers Mnangagwa with praise- says he is the wisest... 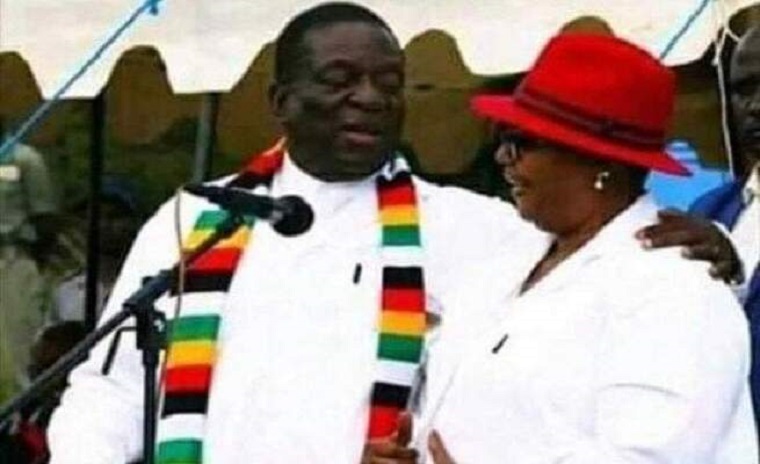 Movement for Democratic Change-Tsvangirai vice-president Thokozani Khupe has showered praise on President Emmerson Mnangagwa saying he is the wisest citizen of Zimbabwe of all time.

She said that Mnangagwa had the people of Zimbabwe at heart but he was being let down by government officials who were not implementing some of the things that he had recommended.

“We appear to be having a challenge that some of the Cabinet Ministers and Senior Government officials within the Cabinet or within Zimbabwe, appear to be sabotaging the intentions and visions of His Excellency,” she told the Senate on Tuesday.

“The President says this and you go to those officials and you find people are behaving in a different manner. I think Government should take note of that.”

HON. SEN. KHUPE: Thank you Mr. President.  I take this as a privilege to start by praising and thanking the mover of this motion and the other Hon. Senators who have debated before me.  As is always the case, I feel very proud and happy to debate this motion.  I will not say much because some of the issues were dealt with by the previous speakers.  What I want to say is that His. Excellency, the President of the Republic of Zimbabwe, Dr. E. D. Mnangagwa proved beyond reasonable doubt that he is a man of the people with Zimbabweans at heart.

Mr. President, it will not be an over estimation if it is declared today that according to me, His Excellency is the wisest citizen of Zimbabwe of all time. That is what I believe.  I have got the reasons to do that.  His Excellency did something which nobody expected that it can happen in this country.  He surprised us and made us very happy, especially the disability community that for the first time, we have a Judge of the High Court who has visual impairment, Justice Samuel Deme. It has never happened and nobody expected that this will happen.

His Excellency, in June during the gathering of the disabled community, launched the disability policy.  You remember that all along we have been clamouring for the establishment of the disability policy that would guide and also prove that disabled people are equal citizens.  He came in person to launch that.  It might not be as perfect as people may expect but whenever there are gaps, I hope and believe that this should be corrected as we go on.  It is better to have something.  Nothing is perfect in this world; we always improve in whatever we have.  The Japanese say kaizen, meaning continuous improvement in whatever we do.

Last month His Excellency was in Gweru to come and grace the Disability Expo.  I was there and was one of the speakers. He was keen to see in person what disabled people there were doing because he had heard that they are manufacturing some products and so he wanted to see that. He went through the stands. In fact, it was a mini-trade fair which was held in Gweru. It is always rotating provincially but this time it was in Gweru.