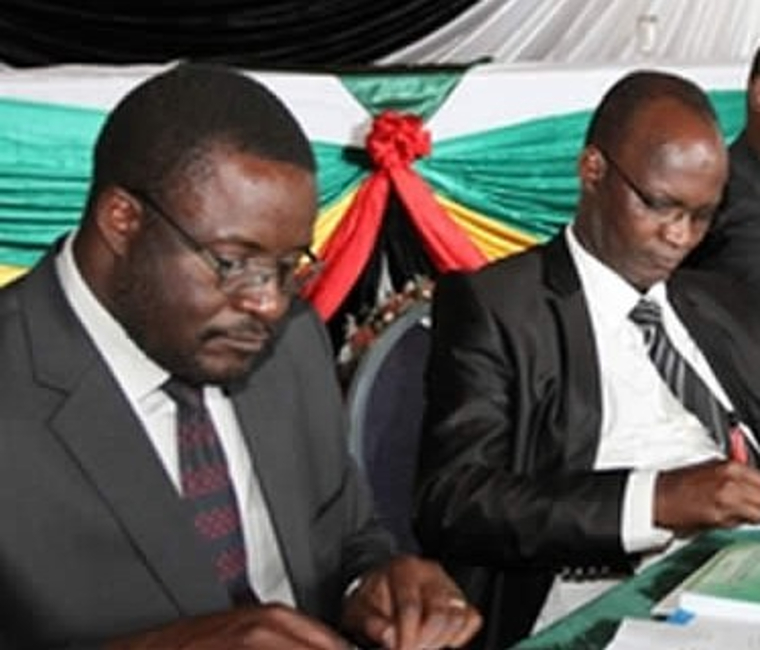 “This is the first informed, informing, substantive and must read commentary of the open letter of apology to ZanuPF members that @PatrickZhuwao & I wrote on 15 Nov 2022!” Moyo tweeted.

Moyo’s sentiments were despite the fact that Charamba said the open letter was potentially subversive and hostile because it was addressed to no one and might be construed to be an attempt to reach and address ZANU-PF membership through some invisible fly-past the party leadership.

Below is Charamba’s article in full:

Kikikiki, Professor Jonathan Moyo and Patrick Zhuwao have caused a perfect storm in Chamisa’s already troubled, and inexorably shrinking space. They have written to “comrades” in Zanu PF, a party to which Chamisa and his ilk thought these two had given permanent back.

Right or wrong, time, which resolves all enigmas, will eventually tell. Politics is a game, is it not; self-interests mutate in ever changing milieu, do not they? Above all, they are secured by a correct reading of balance of forces at each decisive stage of power contestation.

It is just that Chamisa and his diminishing company always enjoy licking candy, acutely crave to do to the point of brushing aside nuances which matter in reading complex politics. As they did in 2018, when they believed that the late President Robert Gabriel Mugabe endorsed and voted for them, merely by reading from his bitter disposition.

We know better, whatever his public poise and rebuke then, and however much Triple C may elect to abuse him posthumously.

But let us put what has just happened in proper perspective. There is so much glib reading of the latest developments, including from people one expects to read and know better. The Professor and Cde Patrick Zhuwao addressed their long letter to the general membership of Zanu PF, an amorphous or inchoate magnitude they culled from a highly organic Party still wearing its wartime command character, and run on rigorous guidelines, deeply entrenched traditions and following iron-clad, nay ossified rules and procedures.

They are yet to communicate to, and with, any distinct interlocutors representing this highly hierarchical Party, most especially its leadership. Or write to its structures, thus signalling an irrevocable intention to have their expulsion from the Party revisited, thus paving way to their readmission.

As things stand, their missive — an open letter — has no addressee, not post office address or care-of. First point.

What appears to have prompted their undirected communication is their association with a hashtag campaign which they admit derided Zanu PF, even wishing it shortest route to irreducible perdition. That hashtag campaign was launched a long time ago, and died way far back. In fact its unintended consequence was to remind Zanu PF it was now governing in a digital age, and thus had to reconfigure its campaign and communication strategy.