Innscor to unbundle its retail and distribution business 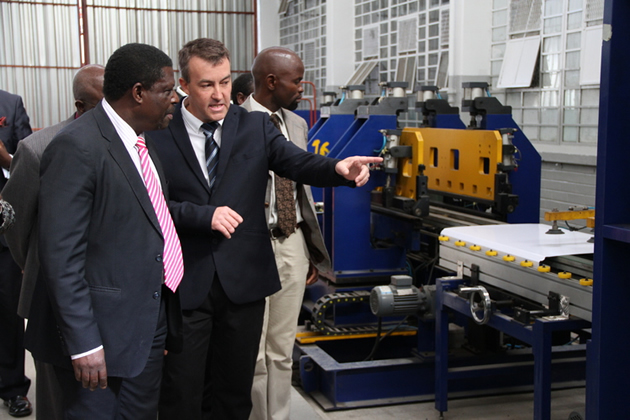 Innscor Africa shareholders are expected to approve the company’s plans to unbundle and separately list its retail and distribution business on the Zimbabwe Stock Exchange (ZSE) at an extraordinary general meeting next month.

It will become the group’s second spin-off since chief executive Toni Fourie was appointed in 2014 to spearhead the group’s restructuring drive.

Innscor’s specialty retail and distribution business consists of three units; Distribution Group Africa, TV Sales and Home and Transerv. The three units will now fall under a new entity, Axia Corporation, which will list on the ZSE on May 17.

In a prelisting statement, the company announced that the unbundling would be via a dividend-in-specie.

“The proposed unbundling, which is subject to shareholder approval, will be effected through a distribution of the entire issued share capital of Axia, being 541 593 440 ordianry shares of nominal value $0.0001 each, to the shareholders of Insscor registered as such at the close of business on 6 May through a dividend in specie,” said Innscor.

As at 31 December 2015, Innscor’s retail and distribution business had an asset base $103 million against total liabilities of $51 million.

In the six months to 31 December, the business reported $104 million in revenue and an after tax profit of $9 million. It generated cash amounting to $2.2 million from operations.

Luke Ngwerume will lead the Axia board as non-executive chair. Other members include John Koumodies as the chief executive and Ray Rambanapasi as finance director.

Zinona Koudounaris, Thembiwe Mazingi, Thembinkosi Sibanda will also sit on the board as non-executive directors.

Innscor Africa remains one of the most diversified companies on the ZSE with a wide range of interests spanning from retail to light manufacturing as well as quick service restaurants (QSR).

The group has proposed to sell off its SPAR Zambia franchise and Shearwater, its tourism unit that has operations in Zimbabwe, Zambia and Botswana.-The Source