Information in news and social media about vaccine introduced in... 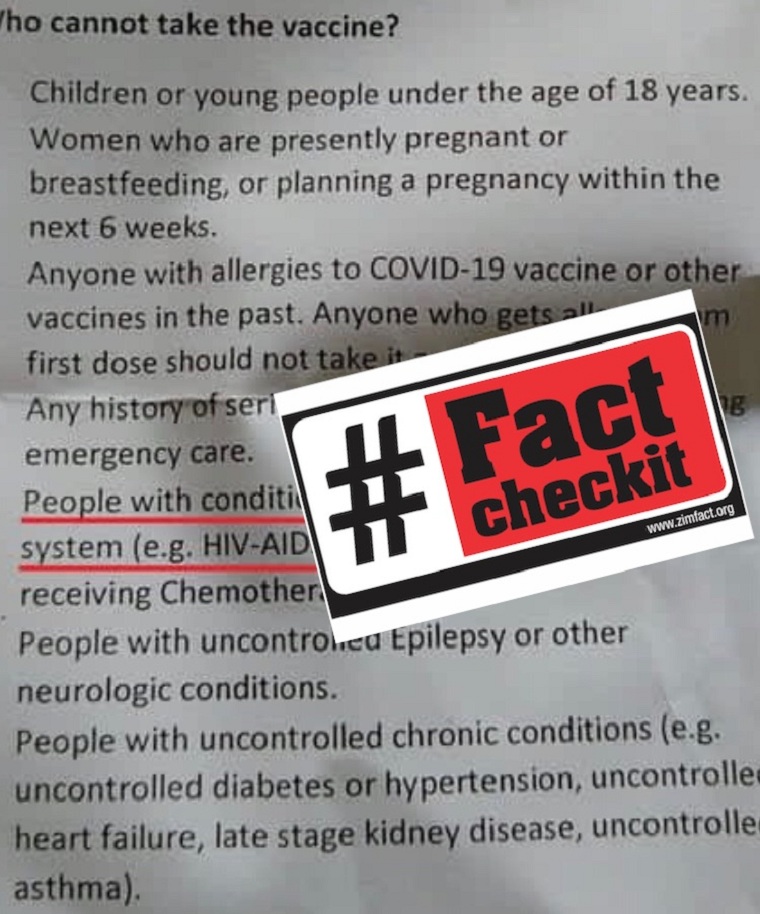 Zimbabwe fact-checking organisation, Zimfact, says information currently circulating in the country about the vaccine that was introduced in the country yesterday that people with conditions that suppress the immune system should not use the vaccine is not true.

An image of a pamphlet showing a list of people that cannot take the Sinopharm vaccine is circulating widely in Zimbabwe but Zimfact says it is not from the Chinese drug company but from the Seychelles government.

Zimbabwe rolled out its coronavirus vaccination programme yesterday with Vice-President Constantino Chiwenga getting the first jab.

Here are the facts:

RATING: Incorrect: A widely circulating pamphlet showing a list of people not recommended for Sinopharm is part of a policy document issued by the Seychelles government.

An image of a pamphlet showing a list of people that cannot take the Sinopharm vaccine has circulated widely in Zimbabwe, where the vaccine has started being used.

Social media posts claimed that this was product information on the company. This raised suggestions that it is not a suitable vaccine for Zimbabwe.

The website NewZimbabwe.com said it was from “a pamphlet accompanying the medicine”. The Pindula website described it as “the vaccine’s manual that was seen by Journalist Hopewell Chin’ono“.

This is not true.

The pamphlet is actually guidance issued by the Seychelles government, which has begun using the Sinopharm vaccine.

More importantly, the information given is broadly in line with recommendations on other vaccines.

Governments have adopted their own policies on different vaccines, based on available product information and guidelines given by the World Health Organisation (WHO) and other experts.

The WHO’s recommendations for other vaccines such as Pfizer and AstraZeneca are not too different. 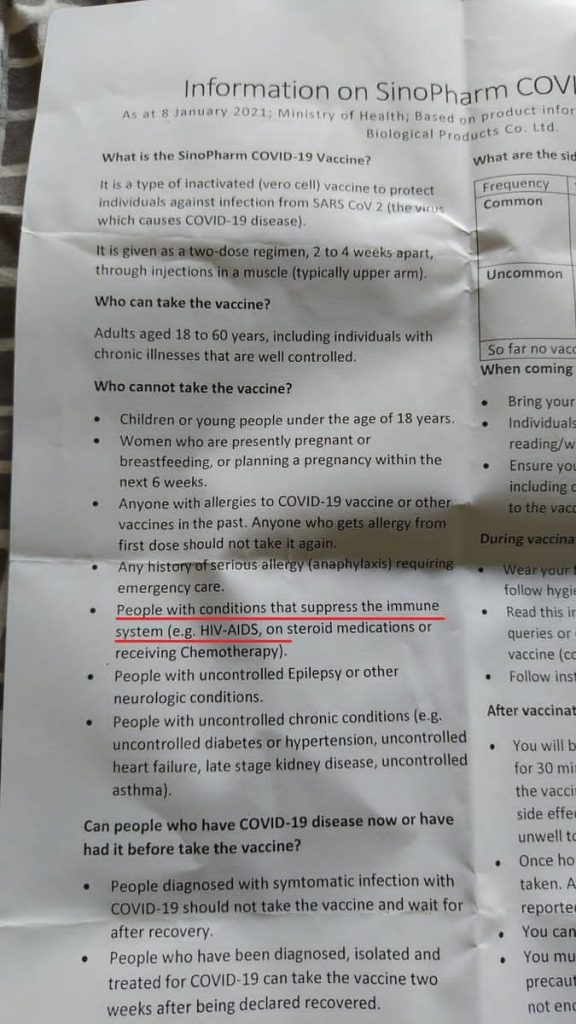