If talking to Mnangagwa means you are sell-out, let me... 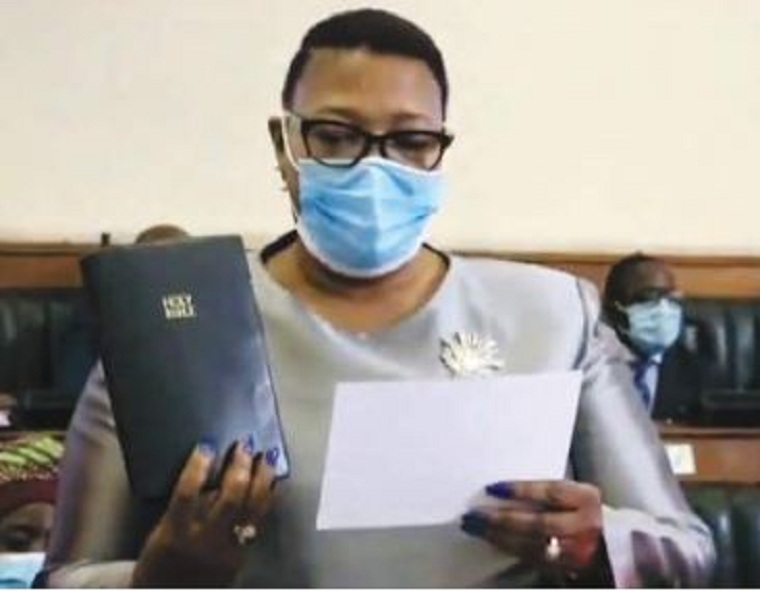 Zimbabwe opposition leader Thokozani Khupe yesterday told Parliament that she would talk with President Emmerson Mnangagwa to make sure that the country develops adding that if talking to Mnangagwa meant that she was a sell-out, then she would be a sell-out.

Contributing to the debate on Mnangagwa’s State of the Nation Address, Khupe said the role of the opposition was to make the government accountable, but people should be united to make sure they develop their country.

“Once elections have come and gone, it is important that we unite as a country, nation or people and advance the development across so that Zimbabwe becomes a developed country,” she said in what could be a reference to her main rival Movement for Democratic Change Alliance leader Nelson Chamisa who has refused to accept the 2018 election results despite losing the case at the Constitutional Court.

Khupe came back to Parliament via a Supreme Court ruling that declared Chamisa’s leadership of the MDC-T illegal.  She then recalled MDC Alliance MPs who belonged to the MDC-T but had refused to recognise her and took up a seat in the National Assembly where she is now leader of the opposition.

She told the House yesterday that it was important for Zimbabweans to dialogue to improve the lives of its people.

“I would like to say this because it is important,” she told Parliament.  “If those who think that dialoguing with the President is selling-out and I said I am going to be dialoguing for a better life, then let me be a sell-out, but I will deliver a better life to everyone at the end of the day.

“Madam Speaker, like I said, ‘united we stand and divided we fall’.  Let us unite as a country and move forward together for the good of every Zimbabwean.”

Below is her full contribution:

HON. KHUPE: Madam Speaker, I rise to add my voice to the State of Nation Address which was presented by His Excellency on Thursday last week. First of all, I would like to thank the Lord Almighty for affording me yet another opportunity to come to this august House as a Member of Parliament and Leader of the Opposition –[HON. MEMBERS: Hear, hear.] – [HON. MADAM SPEAKER: Congratulations!] – [Hon. Chikwinya having walked out] – [HON. MEMBERS: Inaudible interjections.]

Madam Speaker, today I stand in front of this august House as a proud Leader of MDC-T and Leader of the Opposition in this Parliament. I would like to take this opportunity to thank all MDC-T members for the unconditional love they have given to me to this date. May the Lord Almighty bless them all. I would also like to take this opportunity to pay my condolences to all those who lost their beloved ones as a result of COVID-19. COVID-19 is real. It is an invisible enemy which strikes without you realising. It is therefore important that we adhere to the lockdown protocols and restrictions and they will save our lives.