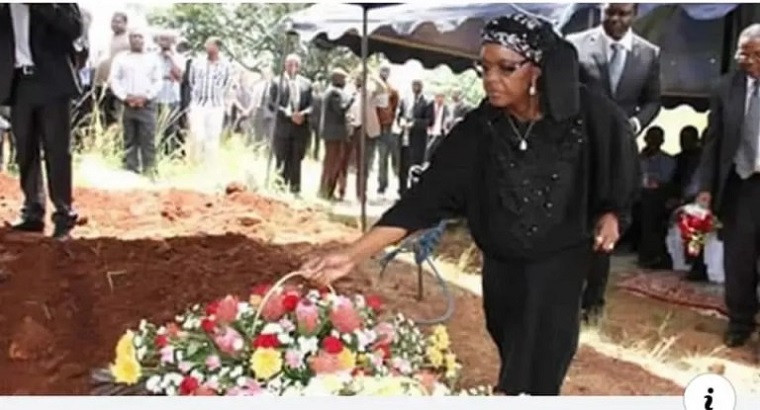 Former Zimbabwe President Robert Mugabe’s widow says her family has been subjected to “intense mental torture” over attempts to exhume and rebury her late husband against the family’s wishes.

Grace Mugabe, 56, yesterday filed a High Court application seeking to overturn a ruling of a traditional court which ordered that Mugabe be exhumed from his rural home in Kutama for reburial at the National Heroes Acre, a hilltop shrine in Harare.

Mugabe’s children Bellarmine, Robert Junior and Bona recently failed to overturn the ruling by Chief Zvimba, Stanley Mhondoro, after a magistrate in Chinhoyi ruled that they could not represent their mother, who was judged in absentia in May.

“The magistrate Ruth Moyo has dismissed the application she forced me to do on a technicality, which means my only recourse is to appeal,” she said in an affidavit.

“I am advised that the appeal process can take between six months to even two years depending on how inundated the High Court will be to accommodate appeals. This delay in time will be gravely unfair on me and my family as we are subjected to intense mental torture each day with the uncertainty of the resting place of my late husband and the former President of the Republic of Zimbabwe.”

The former First Lady is arguing that magistrate Moyo had no authority to deliver a ruling based on an appeal by her children if she felt they had no legal standing to file the appeal in the first place.

Mugabe’s widow said after the traditional court’s ruling made while she was in Singapore, her lawyers wrote to Moyo on June 2 asking her to review Chief Zvimba’s decision which had “serious irregularities”.

She said Moyo ignored the first letter, but responded to a second written on June 23. In her reply, the magistrate advised her to file a “proper application” before the court that would be dealt with in terms of “proper procedure”.

Mugabe said she had legal advice that the procedure of seeking a review of a traditional court’s ruling was to “notify the provincial magistrate of the decision and identify the procedure defects with the chief’s decision so that the magistrate can mero motu exercise statutory review powers”.

Instead, she says Moyo forced her to file a review application, in which she gave her daughter, Bona, powers of attorney. The magistrate dismissed the children’s appeal, insisting that only the former First Lady could file an application for review.

“I am advised that the procedure that Moyo directed is not in terms of the law, specifically that I prepare an application for review. The wrongful directive by the provincial magistrate and her clear neglect of duties is prejudicial to me in that it violates my right to equal protection before the law,” she argues.