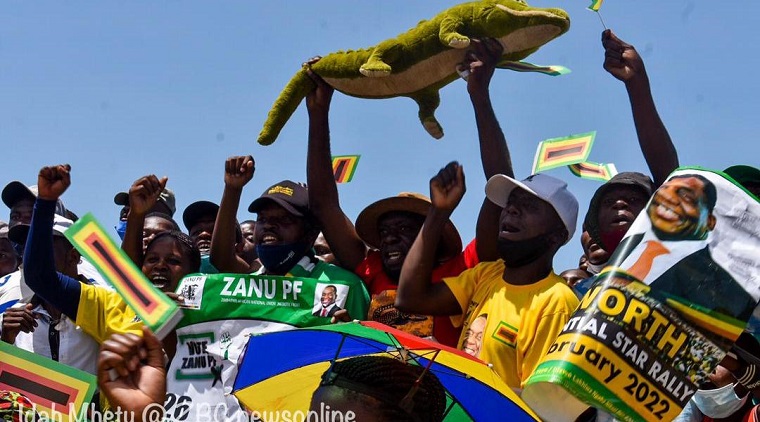 President Emmerson Mnangagwa on 12 February held a rally in Epworth, Harare, to canvass support for ZANU-PF candidates in the by-elections to be held on 26 March.

During this speech, Mnangagwa made several claims on the economy. Here, we check a few of these claims.

According to Mnangagwa, the city council, dominated by opposition councilors, must be voted out as half of them are in court for corruption.

He said: “Harare City Council, over half of them, are facing charges in court over corruption. So when we vote, we have a chance to replace them.”

Harare has 46 wards, each represented by a councillor.

There have been arrests of councillors in the current term of council. This includes the arrest of the former mayor, Herbert Gomba, and other officials in July 2020 on allegations of corruption and abuse of office. Gomba’s replacement, Jacob Mafume was also arrested in the same year, accused of corruption. In 2020, a total of six councilors and council officials were arrested for various alleged offenses.

However, the number of all reported arrests does not support Mnangagwa’s claim that half of Harare’s councilors face corruption charges.

In his speech, Mnangagwa boasted that wheat output has increased since he came to power, as a result of policies such as increasing irrigation.

He said: “When the Second Republic came to power, we were producing only 70-80 000MT tons per year. With our program to increase wheat production, we are now around 220 000MT.”

His claim is backed by official data.

In the 2021 season, 66 435 hectares were put under wheat, the third-highest hectarage since independence, according to government data. The hectarage was only surpassed by 2004 and 2005 seasons in which hectarage was 70 585ha and 67 261ha respectively.

According to the 2022 national budget presented in November 2021, Zimbabwe expected its wheat import bill to be US$72.5 million last year, which would be 29.1% less than in the previous year.

According to Mnangagwa: “Since we launched VFEX, every month, or every other month, two or three international companies are registered with VFEX. So foreign currency is now coming in from outside, because of this stock exchange at international level.”

This is not true.