European Union renews sanctions against Zimbabwe for one year 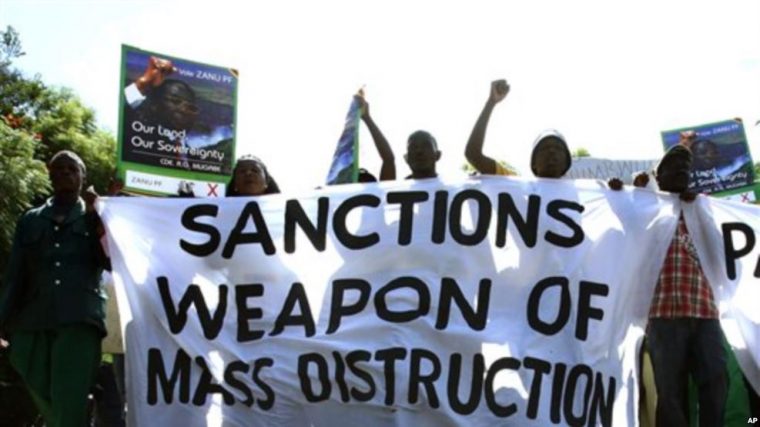 The European Union has renewed its sanctions against Zimbabwe for another year until 20 February2022, in light of the “continued deterioration of the humanitarian, economic and social situation” and “the continuing need to investigate the role of security force actors in human rights abuses”.

The sanctions include an arms embargo and an asset freeze against the Zimbabwe Defence Industries.  They also include and asset freeze and travel ban on former First Lady Grace Mugabe, Vice-President Constantine Chiwenga, and Defence Forces chief Phillip Sibanda, though these are suspended.

Former Air Force chief and Lands Minister Perrance Shiri, who died in July last year, has been removed from the sanctions list.

“The lack of substantial reforms has allowed the continued deterioration of the humanitarian, economic and social situation. Violations of human rights and limitations on the democratic space are also persisting,” it said.

“The EU is especially concerned about a proliferation of arrests and prosecutions of journalists, opposition actors and individuals expressing dissenting views, and the use by high-level officials of speech that could be interpreted as incitement to violence.”

The EU said it was renewing its sanctions against Zimbabwe “to encourage a demonstrable, genuine and long-term commitment by the Zimbabwean authorities to respect and uphold human rights and the rule of law”.

It repeated its disputed claim that the sanctions did not affect the people of Zimbabwe, its economy, foreign direct investment or trade.