Eddie Cross says Zimbabwe sold one diamond for US$15 million,... 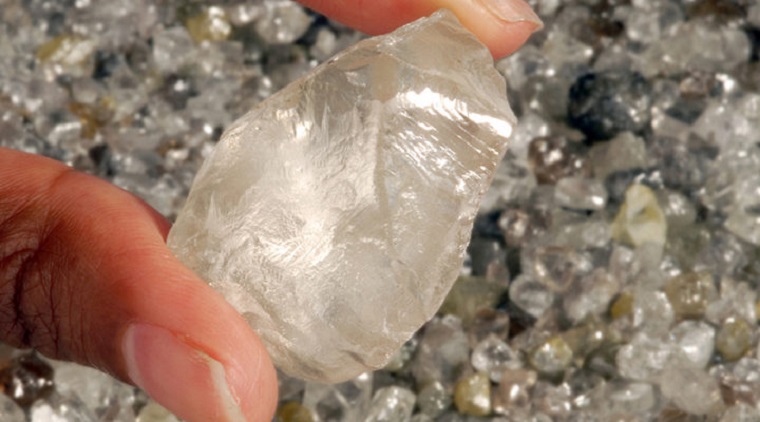 Zimbabwe economist Eddie Cross says Zimbabwe has lost US$25 billion worth of raw diamonds over the past 15 years with less than 1% of the country’s diamonds getting into the national coffers.

He said that the late President Robert Mugabe was unable to stop this looting because he was one of the owners of one of the companies involved in the looting.

The value of diamonds looted from the country has been disputed with a figure given by Mugabe himself, that of US$15 billion, being questioned.

Fact checking organisation, Zimfact, said there was no way Zimbabwe could have lost diamonds worth that much, but Cross has upped that figure by US$10 billion.

In my business life I have handled several billion dollars of revenue and expenditure over a period of 65 years. In that time, I have been blatantly approached and asked for a bribe once – by a local politician who was the Governor of the Province in which I had a large business.

Interestingly, I cannot recall ever being offered a bribe for a decision or opportunity. I can only put that down to the fact that people instinctively know that any such offer would have immediate and very negative results.

When I was at University in Harare, I was a part time Chaplin to Harare Central Prison and spent most Sundays there. In the process I got to know many of our most notorious criminals. Among them were prostitutes who had been arrested for practicing their trade.

The one characteristic I learned from both, was their complete lack of any illusions about themselves, in some cases brutal honesty rarely found outside those walls. The one lesson I learned from the girls, is that they could identify a potential client from a distance. They knew who would take up their offers and who was not a prospect.

I think bribery has many of the same characteristics. I had one instance where I was going into a meeting when I was diverted by a very attractive young lady into a room with two directors from the company I was going to meet. It became clear to me that I was going to be offered a bribe, however the one Director looked at me and signalled his colleague to stop talking. The offer never came, he knew that if he had, the meeting would be much worse than it actually was.

But unfortunately, I live in a country where corruption on a massive scale, is a common feature of everyday life. The scale of such corruption is staggering when you view it against our economy and the general quality of life that our people enjoy. If your Government does not take it seriously or be willing to punish those who are in their ranks, for corruption, then you are in big trouble.