Did US secretary of State mean it when he said... 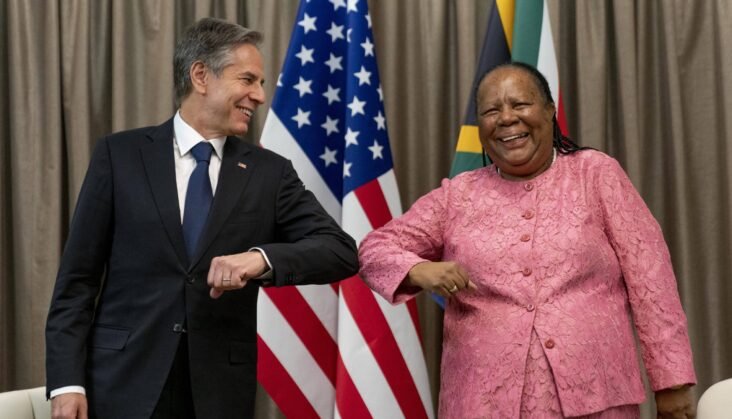 This was contradictory to the recent move by Washington to punish African countries for trading with Russia.

In a speech in South Africa during his African tour, Blinken said: “The United States will not dictate Africa’s choices. Neither should anyone else. The right to make these choices belongs to Africans, and Africans alone.”

He laid out four priorities for US-Africa relations:

Below is his full speech:

Our relationships across the African continent are absolutely central to meeting global challenges. That’s why, this week, I traveled to South Africa, the Democratic Republic of the Congo, and Rwanda. We’re strengthening our partnerships to build a better future for our people. Read the speech I gave in Pretoria, South Africa on the Biden Administration’s Sub-Saharan Africa Strategy.

For me, it is, simply put, wonderful to be back in South Africa. I’ve actually had the privilege of visiting several times before, including with President Clinton, President Obama, and then-Vice President Biden. And the impressions from those visits are very much seared into my own memory.

Seeing President Clinton become the first U.S. president to address South Africa’s parliament, joined by a delegation from our Congressional Black Caucus, many of whom were stalwart supporters of the anti-apartheid movement and who represent part of the vast African diaspora that enriches our nations’ ties.

Or hearing the buzz of the vuvuzelas as the U.S. men’s team played the first World Cup ever held in Africa.