Did Roy Bennett take Tsvangirai for a ride in the... 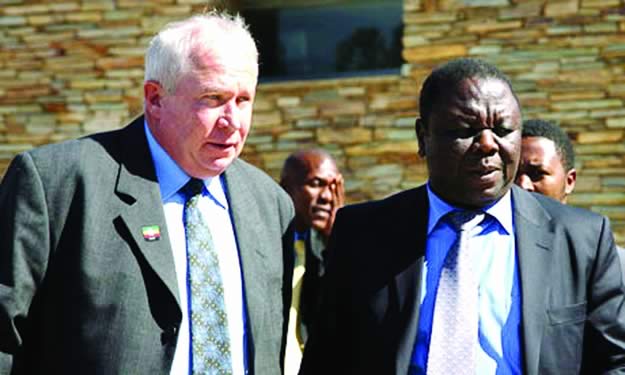 When Theresa Makone took over as treasurer of the Movement for Democratic Change, after its split in early 2014, she says the party had only $53 in its account.  It was not clear whether the party had more money than that before the split or not.

The treasurer-general Roy Bennett, his deputy Elton Mangoma and the secretary general, Tendai Biti, who knew about the party finances, had all left because they wanted a leadership renewal within the party. Party leader, Morgan Tsvangirai, they argued had to go because he had failed for the third time to unseat Zimbabwe African National Union-Patriotic Front leader Robert Mugabe.

Makone had every reason to be shocked because only three years earlier, on 26 July 2011,  Roy Bennett had registered two charitable organisations in Washington DC, to raise funds for the party to contest elections which at the time it was thought might be held in 2012.

According to the organisation’s website, which has since been disbanded, the Global Alliance for Zimbabwe was “a worldwide effort to ensure non-violent, fair, and free elections in Zimbabwe”.

“The people of Zimbabwe overwhelmingly voted for a new democratic government in 2008,” it went on. “Robert Mugabe and the ZANU-PF refused to relinquish power and atrocities have continued. New elections are scheduled for 2012. Without international pressure, the will of the people could once again be ignored.

It added: "Zimbabwe is a proud nation with much to offer the world — food, minerals, arts, music, industry and leadership. Unfortunately, Mugabe and ZANU-PF’s grip on the people of Zimbabwe will not be easily unlocked…"

The two organisations were launched with a lot of fanfare but the elections were not held in 2012 as predicted. They were held a year later, but the MDC ran a poorly funded elections campaign. It was so much unlike the 2008 elections where the party roared with its Morgan is More campaign which even included a mobile bus.