Coronavirus has now spread across Zimbabwe 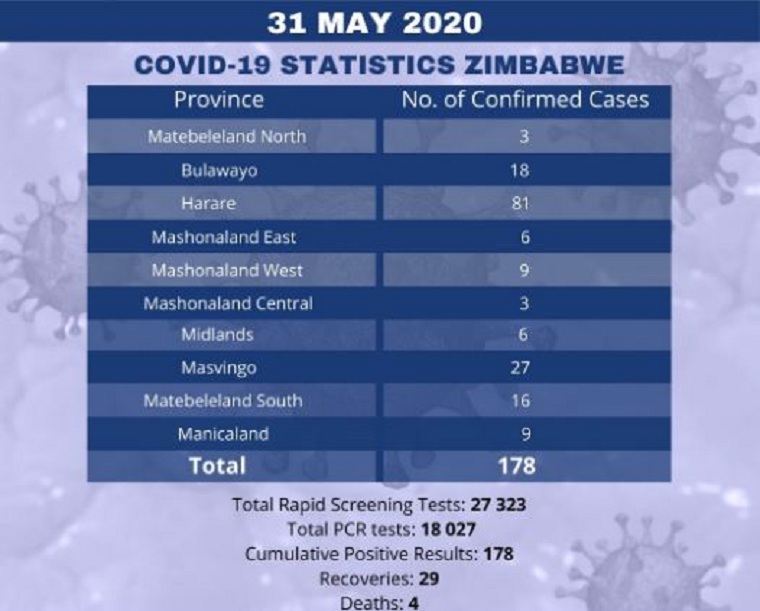 Coronavirus has now spread across Zimbabwe with Mashonaland Central, the only province that had no case, recording its first three cases yesterday.

Four cases, all returning Zimbabweans – one from Mozambique and three from South Africa- were recorded yesterday raising the total to 178 from the 45 395 people that have been tested so far.

There are now 145 active cases with the highest being 65 in Harare, 27 in Masvingo and 16 in Matebeleland South.

The country is under an indefinite lockdown which is supposed to be reviewed every two weeks.

The first review was due yesterday but the government has not said anything.

More Zimbabweans are returning to the country which means that the number of cases could spiral.

There were more than 6.2 million cases globally last night and over 373 000 deaths.