Coronavirus cases in Zimbabwe for June slow down 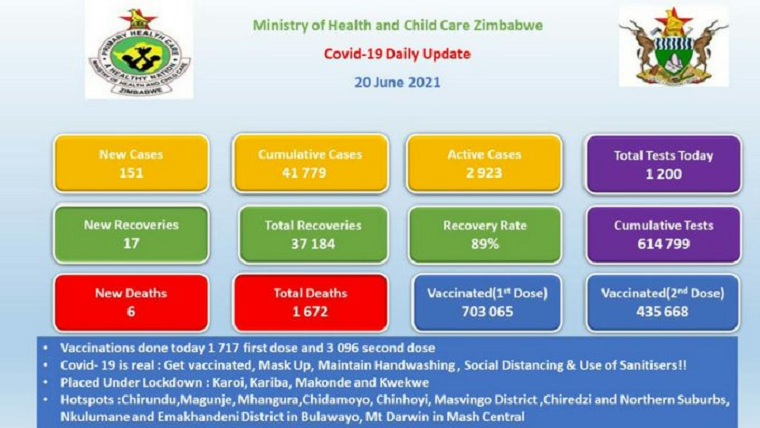 The number of new coronavirus cases in Zimbabwe for June, which peaked at 408 on Friday, has slowed down to 151 today after dropping to 293 yesterday indicating that the stringent measures introduced by the government last week may be working.

The government introduced a localised lockdown and dusk-to-dawn curfew in three districts in Mashonaland West and cut down on business hours, among others and has also banned all public gatherings across the country.

Even in Mashonaland West, the worst affected province, there were 48 new cases today but four people died in the province. A total of six people died today.

A total of 2 818 cases have been recoded so far this month making it the worst month this year after January when 19 521 cases were recorded.

There have been 78 deaths this month, the third highest after 854 in January and 246 in February.

Vaccination picked up slightly today with 1 717 getting their first jab and 3 096 the second.