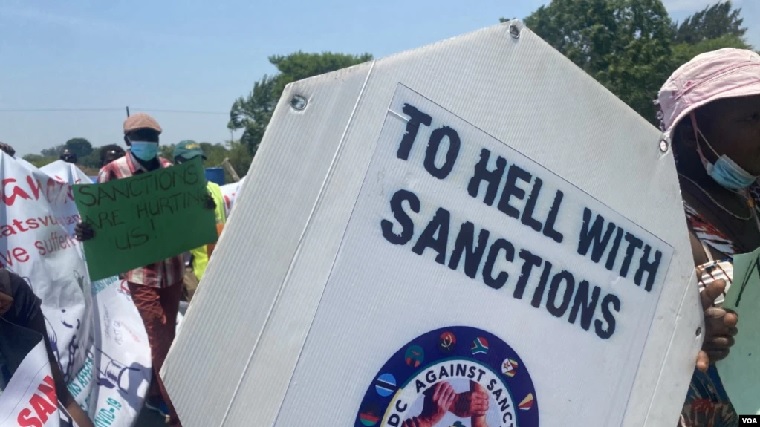 Zimbabwe’s mainline churches, which have been accused by the government in the past of being sympathetic to the opposition, have ditched the Movement for Democratic Change Alliance and have called for the removal of all sanctions on Zimbabwe, a drastic departure from their stance two years ago when they called for partial lifting of sanctions which would be linked to the country’s progress on issues of democracy, rule of law and redressing corruption.

In their submission to the United Nations special rapporteur, Alena Douhan, the churches, under the umbrella organisation Zimbabwe Heads of Christian Denominations, said sanctions had failed to achieve their intended objective over the past 20 years and were hurting the poor and not those targetted.

ZHOCD is made up of the Zimbabwe Council of Churches, the Zimbabwe Catholic Bishops’ Conference, the Evangelical Fellowship of Zimbabwe and the Union of the Development of Apostolic Churches in Zimbabwe Africa.

While calling for the total lifting of sanctions, ZHOCD, however, said the government of Zimbabwe should address the issues raised by sanctions through a citizen-centred process.

Douhan, who was in Zimbabwe from 17 to 28 October, called on those who imposed sanctions on Zimbabwe to lift them because they were hurting the poor.

She urged all stakeholders to stop using the rhetoric of sanctions as an advocacy tool and to engage in structural dialogue to settle any disputes in accordance with the rule of law.

MDC-Alliance vice-president Tendai Biti said Douhan had ignored the party’s views and had issued her statement in the midst of their discussions.

“We are shocked that the UN and Douhan released its statement in the middle of our consultation. We are the biggest political party in Zimbabwe and we consider such conduct fraudulent, unprofessional and predetermined,” Biti was quoted by Newsday as saying.