Chinamasa hits out at mines for not declaring production figures 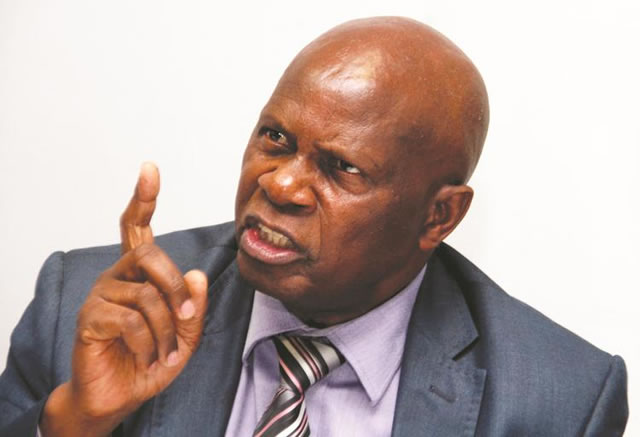 Finance Minister, Patrick Chinamasa has hit out at mining companies accusing them of operating ‘opaque systems’ where production figures are not declared to authorities.

Zimbabwe, which has placed the mining industry at the heart of efforts to rebuild its faltering economy, has a love-hate relationship with large scale resource miners and has often accused them of manipulating the state to avoid paying taxes and other statutory obligations.

Last year, the government appointed mining experts from Norway to help close loopholes in the system.

“After a few days they came to me and said Minister, you are running an opaque system. They said the mining houses are not giving you production figures,” Chinamasa told a procurement conference organised by Buy Zimbabwe.

He said Zimbabwe’s government took exception to the non-declaration of production figures, overheads and other key statistics, warning that unless the mining industry changed its ways, authorities would remain concerned.

“If all that is opaque then we cannot do business,” he said.

“We want to be like any other country where government wants to be aware of the ounces of gold and carats of diamonds produced,” said Chinamasa, noting that government had made several concessions to help the mining industry, such as duty free importation of equipment.

“Right now they are literally importing bolts and nuts. The bulk of their money must be spent in the domestic market. But they have foreign loans which have to be serviced, which drain liquidity. That is the challenge we have with the mining sector. I should say the sector was once a driving force of the economy through backward and forward linkages,” said Chinamasa, insinuating that the industry had ceased to drive economic recovery.