China and US now account for half the world’s household... 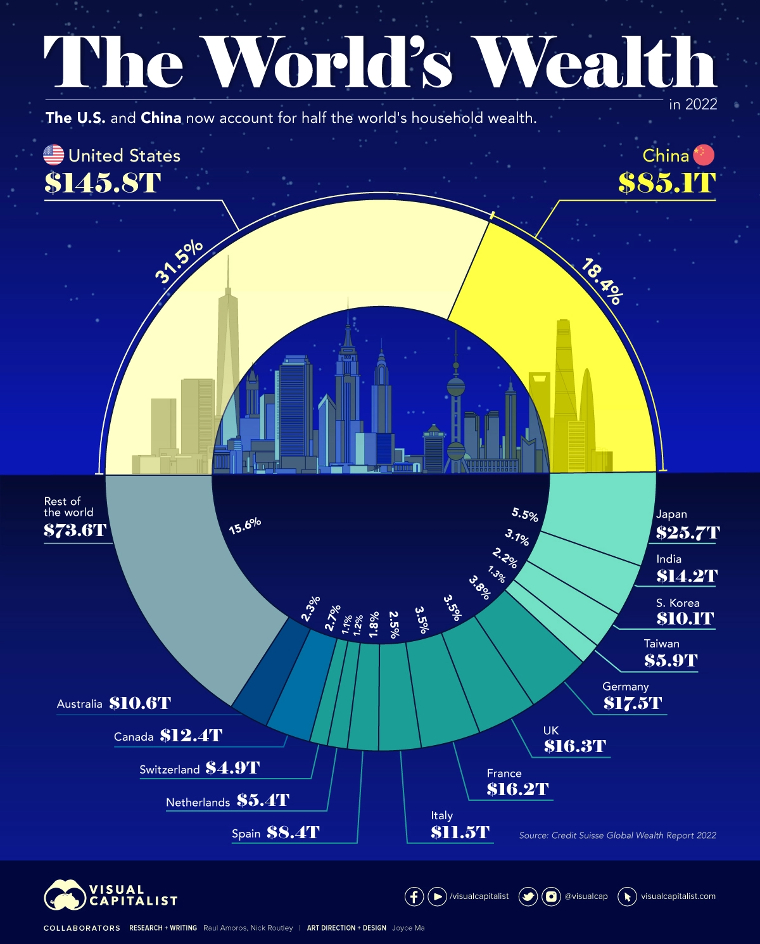 According to Visual Capitalist,personal wealth differs slightly from using Gross Domestic Product as a measure, where the US and China make up 24% and 19% of the world economy in nominal terms, respectively.

One of the biggest changes in recent years is the rise of wealth in China.

A decade ago, China’s citizens were estimated to hold just 9% of the world’s wealth. That figure has now more than doubled, while median wealth in the country has skyrocketed from US$3 111 to US$26 752 between 2000 and 2021.

At regional level, North America accounts for 35% of the world’s household wealth, followed by Asia with 33.8%, Europe 22.8% while Africa languishes at 0.9%. 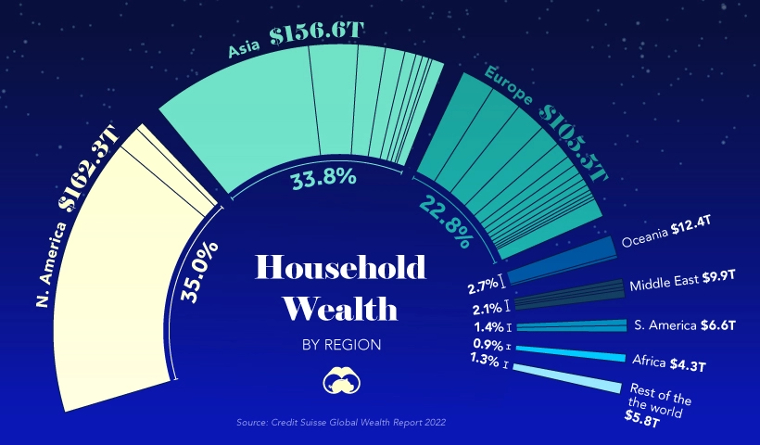