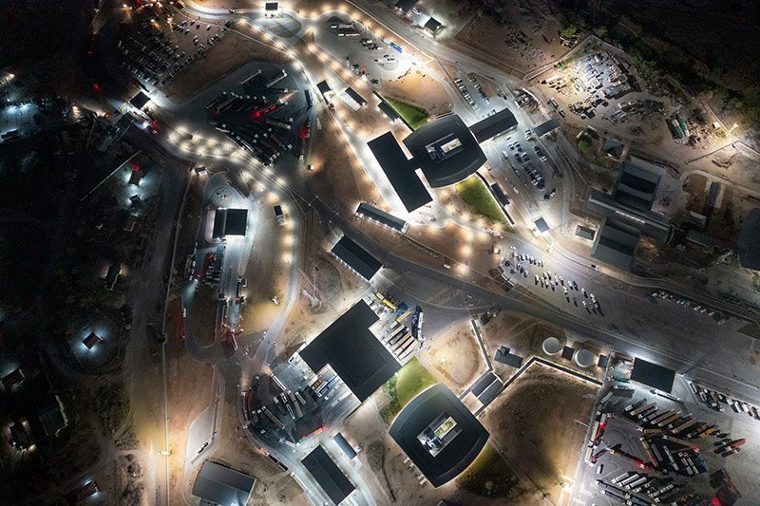 Raubex, the JSE-listed construction company that is building the new Beitbridge Border Post, says the project was one of the biggest contributors to what it says is its best-ever half-year results.

The border post section of the Beitbridge project will be done by the end of this month and the whole project in April next year, Raubex chief operating officer Dirk Lourens says. The company will maintain the border post for 17 years under a US$95 million contract.

“After completion of the EPC contract, Raubex will participate in a 17-year maintenance project for the border post,” Raubex says in its earnings report for the six months to August.

Zimborders was awarded the US$300 million contract to modernise the border post and took on Raubex to build truck, bus and light vehicle terminals and other infrastructure. In return, Zimborders will run the border for 17 years, during which time Raubex will be kept at the site to maintain it.

Cash generated from operations before finance charges and taxation was strong at R589.3 million, or about US$33 million, compared to R239.9 million (US$13.4m) over the same time last year.

“The increased profit is a result of our diversified model, supported by a good performance from Beitbridge Border Post, Bauba Resources and Western Australia,” CEO Felicia Msiza said. “I must state that this is the best half-year result in the history of Raubex.”

After building Beitbridge, the company is seeing more demand for border post projects in the region. In total, Raubex has an order book of close to US$1 billion.

“In the rest of Africa, focus will remain on the efficient execution of the Beitbridge Border Post project, a key national project and an integral part of Zimbabwe’s economic and social development goals,” says Raubex.

The Beitbridge project is Raubex’s largest contract yet. Apart from the border terminals, Raubex is also building other amenities, including a 11.4-million litre reservoir, 220 staff housing units, a new fire station, an animal quarantine facility and an oxidation dam. –NewZWire