Chamisa vows to fight back 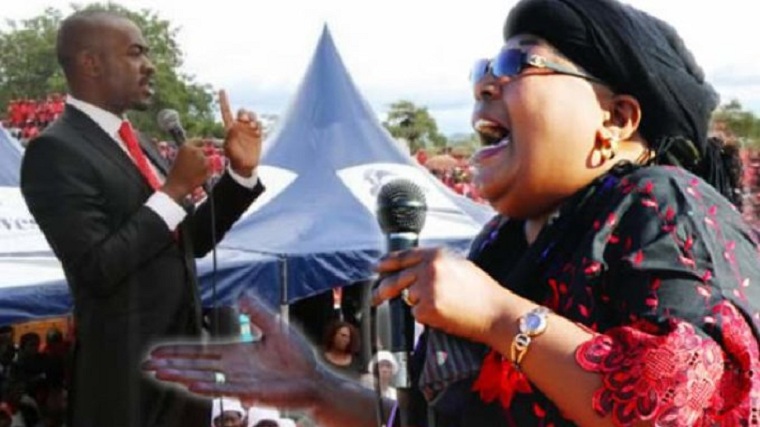 Under siege Movement for Democratic Change leader Nelson Chamisa has vowed to fight back the recalling of his top lieutenants from Parliament yesterday but some of his followers said they were now tired of his empty noises. Others said it was now time to fight back and even take up arms.

Four legislators, including the party’s national chairman Tabita Khumalo, the secretary-general Chalton Hwende, and the chief whip Prosper Mutseyami, were recalled from Parliament yesterday  following a ruling by the Supreme Court which said Chamisa’s leadership was illegal and the party should revert to positions people held at the 2014 congress.

This effectively put Thokozani Khupe in charge of the party with Douglas Mwonzora as the secretary-general.

Chamisa’s supporters say the court ruling is of no effect and allege that there is a hand of the Zimbabwe African National Union-Patriotic Front in all the shenanigans.

In his first comment following the recall, Chamisa tweeted:

“Then abused the ConCourt& robbed.

“You abused the Supreme Court& robbed.

“You rob a whole generation.

“Now we want everything back!”

Zimcitizen1 added: “Theirs is now a broken record, what on earth will it take for this opposition to wake up. “

Thandekile Moyo said: “Only an uprising can free Zimbabwe and Zimbabweans. We need a revolution!”

She was supported by Sydwell RSA who wrote: “Dear Zimbabweans ,  As much as this is a harder pill to swallow, the truth must be spoken. The only way you can fix your country and government is by taking on an armed struggle against them!!!”

Makhado did not take kindly to this tweeting: “Come back home and take the lead msunu wenja!”

Frank Nyariri said: “If ZANU PF cn clandestinely rob u of such a long list I shudder to imagine wt decimation they wil do to u in an open combat  uprising. Then also what losses wil u endure at the hands of superpowers with super thinktanks if they robbed what u said was a tightly guarded election?”

“1 Walk out of everything #MDC

“2 Form a new party with no link to all MDCs. A REAL clean slate

One of Chamisa’s bitter rivals, Obert Gutu, who was the party spokesman after the 2014 congress but has quit politics, said: “Shouting & screaming is not & has never been a strategy. You can scream & shout as much as you like but the law will always take its course. And some people are behaving like the proverbial fly that follows the corpse into the grave.”