Chamisa says 2021 is a turning point but follower rubbishes... 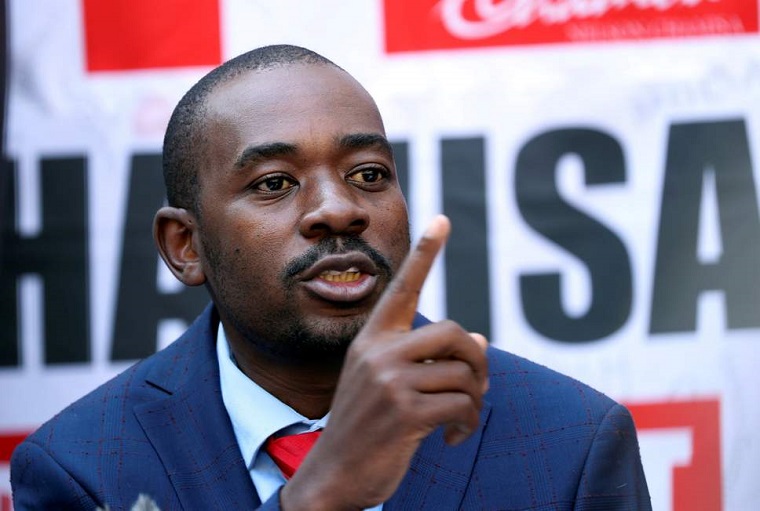 Movement for Democratic Change Alliance leader Nelson Chamisa today said 2021 was a turning point but one of his followers rubbished this as mere rhetoric.

“2021 a turning point! Through the huddles, attacks and downs of 2020.We remain standing and marching towards a free and New Great Zimbabwe. Fighting for freedom is a national duty &patriotic act.2021 will be incredible & full of surprises! Let’s make history. Victory 2021.#Godisinit,” the MDC leader tweeted.

Daniel had only one answer for this: “Rhetoric”, to which Chamisa responded:  “It’s too early in the year to be toxic. Cheer up my dear! I said Happy new year. Avoid unprofitable toxicity.”

Rockefeller came in: “Don’t enjoy the benefits of opposition but challenge for a better Zimbabwe. Am still waiting for your call.”

Samson Kasiyapfumbi Madola advised Chamisa: “Swallow your pride, join POLAD and advocate for the implementation of all the reforms that your party speaks about.”

Muzah Onie said: “All we are asking for in 2021 is a @HEBobiwine type of leadership. Someone who lead us from the front and sacrifice everything behind for a better Zimbabwe. Happy new year.”

Blessing Shadaya added: “As I said before, form a new party with no MDC acronym in it. You need a clean slate. If you insist on MDCA, the rug will be pulled off your feet moments before 2023 elections.”

Shupi Chitembwe said there was not going to be any 2023.

“There is no 2023 l repeat, there going to be GNU until 2028, wise up guys . It’s all written on walls Ed speech and Mwonzora. Ccc and other progressive leaders & pple to resist this cause is fraud no one elected Doug only 800 ple . Senate is given role not elected.”