Chamisa remarks at Dzamara funeral may open can of worms 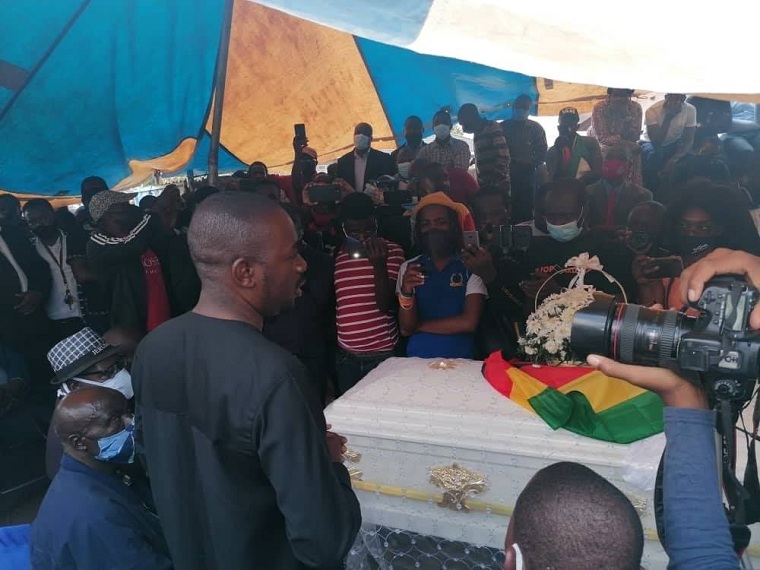 Movement for Democratic Change Alliance leader Nelson Chamisa may have scored political points at the funeral of Partson Dzamara who died of colon cancer, the same disease that killed MDC founding president Morgan Tsvangirai, when he told mourners that Dzamara was poisoned by State agents because of his activism.

He said this was not a joke as he had told his party colleagues, including Tsvangirai, during the inclusive government that ran the country from 2009 to 2013,that they must not eat food or snacks provided at cabinet meetings but they did not take him seriously.

Chamisa said he had also warned Hopewell Chin’ono and Job Sikhala who are currently in prison on remand never to eat food provided in prison, but went on to conclude:  “Chinonzi struggle hazvisi kuti tainda mumukanwa mamupere.  We must be able to be there as revolutionaries so that the revolution must not be terminated because execution ye revolution haiitwi nesu tafa. Inoitwa tiri vapenyu.  But hairevi kuti tinofanira kuita makwara. We must be very vigilant in whatever we are doing.”

While mourners applauded Chamisa, his critics are accusing him of “self-preservation” and implying that he is smarter than Tsvangirai and Biti.

President Emmerson Mnangagwa’s spokesman George Charamba accused Chamisa of “pimping and trawling for undeserved fame” over his remarks that he had never tasted tea during the Mugabe days.

One critic said Chamisa’s remarks mocked leaders of the opposition because it gave the impression that he was cleverer than them all and that is why he has survived. He had also mocked his party supporters whom he said should not be stupid to end up being killed.

“Whether intentionally or not, it mocks and it assumes an air of tisu tinozvigona kwete even anaMorgan avo, who might have benefitted from our wise advice had they followed it,” the critic said.

“It was as if he was saying, me I am clever, so I will not die prematurely or allow myself to be killed. Not the kind of message I want to hear while grieving.”

Another added: “He is all about self-preservation. Self-preservation does not risk the self… Does not make the self the price that is paid. So it’s anybody’s guess kuti when a price has to be paid, as often it does need to be paid, who will it be?”

Charlesrukuni · Chamisa says those who demonstrated were stupid