Chamisa rebuked for asking followers to clap 40 times for... 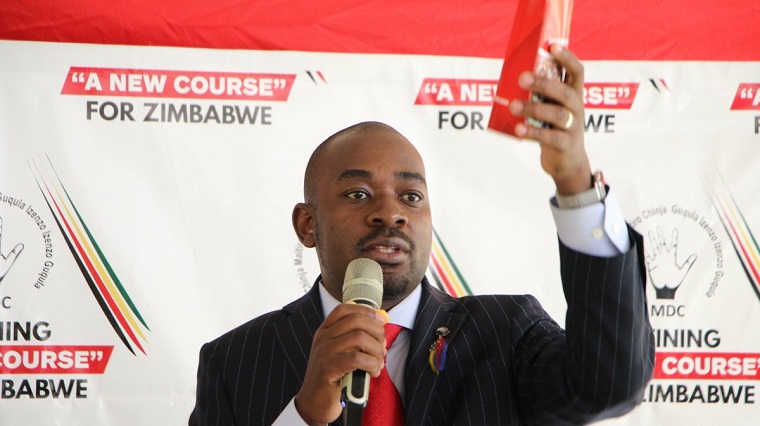 Movement for Democratic Change leader Nelson Chamisa was today rebuked by some of his followers when he asked them to clap 40 times for change when the country marks its 40th independence anniversary this Saturday.

“Life begins @ 40. On 18 April Zim turns 40. It’s a milestone with a dream shattered by the hurt & pain from tyranny, violence, corruption & stolen elections,” he tweeted this morning.

“Wherever you are on the day at 6pm, rekindle the dream & clap 40 times for change. The New is coming!”

Nyaningwe who was the first to respond, and was probably referring to the recent Supreme Court judgment which said Chamisa’s leadership was illegal, tweeted:  “Unconstitutionalism, sanctions begging, and vanguardism … Face with tears of joy Rolling on the floor laughing.”

Chamisa refuted this saying his party is led by rule of law and constitutionalism.

“We are not defined by falsehoods contrived by our perennial skeptics, cynics and naysayers. We are led and defined by rules, rule of law and constitutionalism. Hatiitiswe tinoita toga!”

He was supported by Frankie who said: “Yes yes Mr President…the young adult Zim now marking first adulthood steps… Change has finally came and i can feel it..whenever i see ur pic,i see the future of Zim… Please make Zim great again…” to which Chamisa responded: “Let’s get the job done.Zimbabwe is too richly resourced to be this underdeveloped!”

Obert Mussah Munemo said, however, Chamisa had been singing the same song for two years now but nothing had changed.

Anotida said the change that Zimbabwe deserves does not come with claps.

He was supported by Mthokozisi Zondo, who said: “Clap how many times for change? Hayi bo kanti sesidlala yini?”

Someone going by the tag, Make Zimbabwe Great again· tweeted: “40 yrs of deception and failure. At the rate we are going, it may be another 40yrs of the same. 2023 around the corner and no hope in sight.”