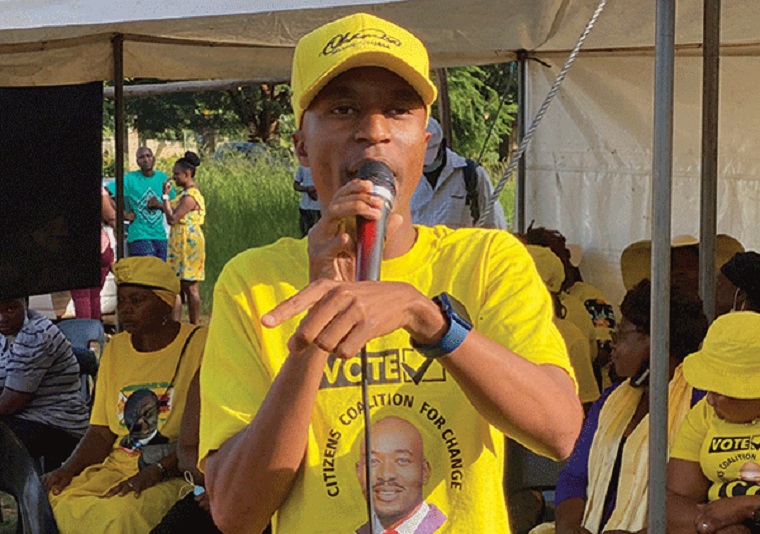 The Citizens Coalition for Change leader Nelson Chamisa has not appointed any shadow cabinet but merely appointed legislators who will be spokespersons on specific portfolios in Parliament, the party’s deputy spokesman Ostallos Siziba said.

But the appointments could be confusing even to those named.

One of the appointees, Prince Dubeko Sibanda  tweeted: “Ladies & gentlemen,  President Nelson Chamisa has appointed the shadow cabinet. It will no longer be business as usual.”

When one, Fortue’s mum tweeted: “Hope you are part of that cabinet honourable”, Sibanda replied: “I am shadowing Monica Mutsvangwa & Jefferson Muswere.”

The appointments, whether they are merely for parliamentary spokespersons, came after British academic Stephen Chan had tweeted and repeated in media interviews that the West wanted to know who would be on Chamisa’s front bench.

Following publication of the story that Chamisa had appointed a shadow cabinet, Chan tweeted: “I am very happy he has done this. During our meeting, and in some of my media interviews while in Zimbabwe, I stressed the need for the West to know with whom it would be dealing, portfolio by portfolio, in the event of a 2023 CCC electoral victory.”

Jonathan Moyo who sparked the whole debate about the need for CCC to have structures is having a field day.

“Puppeteer directs, puppet implements.  @DrStephenChan told them publicly here on @Twitter that the West wants their structures in Parliament, and they obliged within four days. Terrible optics. This kind of display of puppetry is as unfortunate as it is concerning!” Moyo tweeted.

In response to Chan’s tweet that he was happy that Chamisa had appointed shadow spokespersons, Moyo said: “The messenger of the West is happy that the puppet of the West got the message, and acted swiftly. Political leaders and political parties are of course free to do as they wish, but this is disgraceful; why put the West and its messenger first, and not the people of Zimbabwe?”