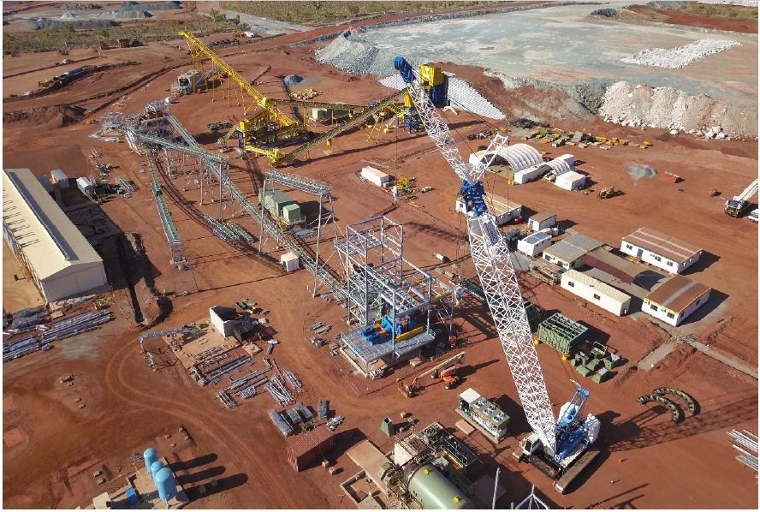 A fight between Canadian and Chinese investors to control a lithium project in Zimbabwe, potentially holding lithium worth US$1.4 billion, shows the need for clearer mine claims regulation in a tightening race for the prized metal.

When CAT first invested in the project, the world price of lithium was US$14 000 per tonne on the world market. Now, that price is 500% higher, and there are legal fights between rival potential investors.

A dispute with China’s Beijing Pingchang has delayed the development of the project. Pingchang had claimed it had been given rights to the dump in 2015. The government announced at the time that it had granted Pingchang the right to revive the tin mine, and also to mine for lithium and other minerals. However, an arbitrator ruled in CAT’s favour in 2018, which Pingchang is appealing against in the courts.

But, reflecting the fragility of Zimbabwe’s mine regulation, the government kicked up more dust when it announced in 2020 that it was choosing Pingchang, CAT and Zimbabwe Defense Forces to jointly run the project.

This is despite ZMDC having said that it had rejected a deal with Pingchang after that company failed to back up an earlier partnership to develop the tailings.

In 2015, Pingchang pledged to invest US$102 million. However, three years later, ZMDC told a parliamentary committee that the company had not met this pledge. The company, ZMDC said, had only bought US$1 million worth of equipment. The equipment, in any case, turned out to be unsuitable for the mine.

In April this year, Cabinet said it had tasked the Ministry of Mines to bring an end to the dispute, giving no further details on its 2020 decision to award the claim to the warring companies.

Said Cabinet: “The Minister of Mines and Mining Development briefed Cabinet on the current state of the tailings dump and reopening of underground operations at Kamativi Tin Mines. Cabinet noted the need to ensure that these two projects get into production as soon as possible so that they contribute to the US$12 Billion Mining Industry milestone. The Minister of Mines and Mining Development was tasked to follow up on the issues accordingly.”

Despite strong international interest in its lithium, Zimbabwe is yet to develop a lithium policy to direct investment into the metal.

This week, in an update, CAT says it remains confident of fighting off what it called Pingchang’s “posturing” to gain access to the site, which may contain up to US$1.4 billion worth of lithium according to a resource estimate.

“Since the Office of the Permanent Secretary of Mines and Mining Development approved the entering into of the Joint Venture on the 4th of July 2017 between ZIM’s subsidiary and ZMDC, and the subsequent value add of the project through the publication of the (resource estimate), there have been attempts by outside parties to frustrate the development of the Project through posturing in the Zimbabwe court system, which has contributed to the delay in the development of the project,” says the company.

“The Project is still proceeding through the judicial process, CAT and it’s project partners believe there is a strong legal standing and will continue pursuing the development of the Project.”

The Kamativi dumps were left abandoned after close to 60 years of tin mine operations ended there in 1994 due to low tin prices. A 2018 estimate indicated “lithium mineralization of economic interest”, raising interest in the project. The surging price of lithium fueled competition.

According to CAT: “The supply and demand issues affecting current lithium prices suggest that the Kamativi Lithium Tailings Deposit has dramatically increased in value and is one of the catalysts for renewed development interest in the project by all stakeholders.”- NewZWire