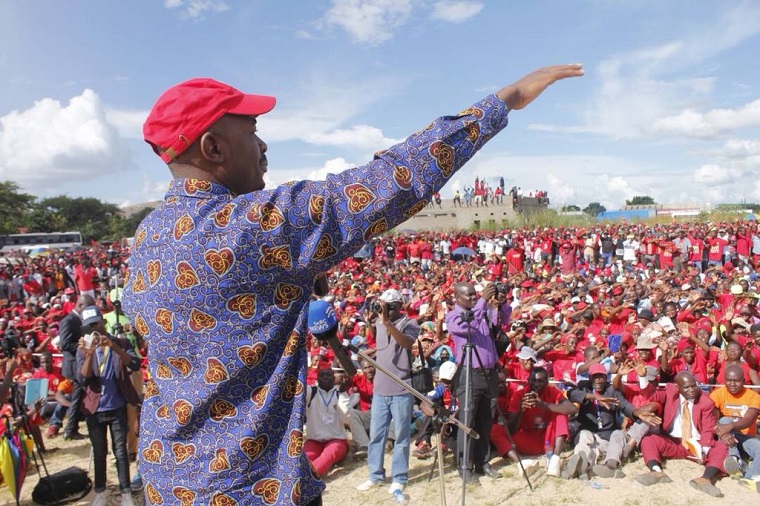 “Our turn as Zimbabwe is coming. We won’t disappoint! God is faithful!” he tweeted after learning about the result and congratulating Hichilema.

Mnangagwa rubbished this, telling supporters in Mutare: “If anyone dreams of what happened in Zambia happening in Zimbabwe, come back to your senses and brew some beer.”

In response, Chamisa said the era of strong men was over.

“THE PEOPLE SHALL GOVERN..In our own traditional wisdom, there is an idiom that says “Ubukhosi ngamazolo” or “Ushe madzoro” literally meaning that leadership is best that occurs in turns.The era of “strong men” or “vana HANDIENDE” who abuse state institutions is OVER,” he tweeted.

Zambia has just changed government with the opposition taking over.  Malawi did the same last year when Lazarus Chakwera beat incumbent Peter Mutharika.

This has given hope to the opposition but what is being overlooked is that Malawi has had six presidents, including Chakwera, in the past 40 years, while Zambia has had eight, including Hichilema. Zimbabwe has had only two.

More interesting, however, is that the Movement for Democratic Change has never performed well in two successive elections since its formation in 1999.

The MDC almost toppled the Zimbabwe African National Union-Patriotic Front in the 2000 Parliamentary elections, when it was less than a year old, winning 57 of the 120 elected seats. Allegations of rigging were quite plausible as it was just four seats shy of beating the ruling party.

The MDC, however, lost 14 of those seats in the 2005 elections to win 41 seats and split a year later. The reason: it had failed to deliver. Its legislators had become arrogant and had abandoned the foot soldiers who had helped them in their 2000 campaign.

In 2008, the MDC beat ZANU-PF in both the Presidential and Parliamentary elections though party leader Morgan Tsvangirai was reported to have garnered fewer votes than the required 50 percent plus one. But his party won 100 of the 210 seats with the smaller MDC then led by Arthur Mutambara winning another 10 to give the opposition 110 seats.

But it performed dismally in 2013 winning only 70 of the 270 seats. The reason: party leaders had joined the gravy train during the inclusive government from 2009 to 2013 and had abandoned their voters. Once again the party split after the elections.