Caledonia’s investment in Blanket Mine pays off 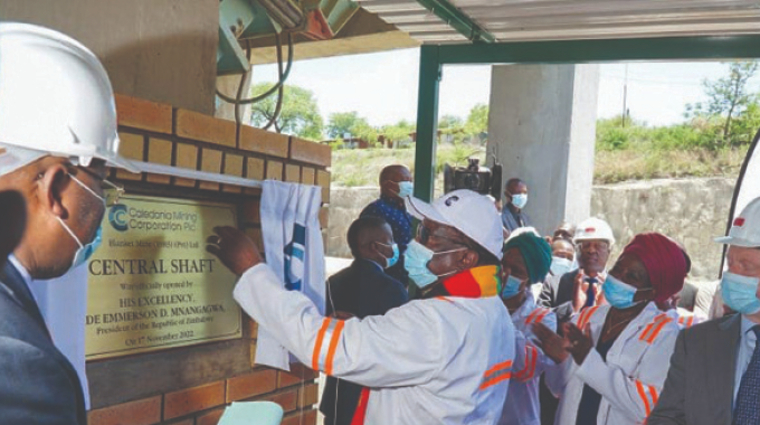 An investment that began eight years ago lifted Caledonia Mining to its highest ever gold output in 2022, and the company expects more growth ahead after three recent acquisitions.

CEO Mark Learmonth said the record gold haul was a result of the company’s decision in 2014 to sink a new shaft, at a cost of US$67 million, lifting annual production from around 50 000 ounces.

“In 2014, Caledonia announced a plan to sink a new shaft (Central Shaft) to 1 200 metres from surface, all funded through internal cash flow, with a long-term target of achieving an annual production rate of 80 000 ounces,” says Learmonth. “This achievement is a huge milestone for the Company.”

After completing the shaft, Caledonia had cash to spare on acquisitions. Since 2021, the company has bought three new assets; Maligreen, Motapa and Bilboes. The company expects production at Bilboes to start this quarter, starting with a small-scale oxides operation. Bilboes will produce 12 500-17 000 ounces this year, contributing to projected group output of 87 500 – 97 000 ounces in 2023.

Says Learmonth: “Over the last 18 months the company has built an attractive portfolio of assets with the acquisitions of Bilboes, Motapa and Maligreen. Blanket will continue to serve as a solid foundation for this growth, as we look to progress our assets with our long-term goal of becoming a multi-asset gold producer.”

Inflation is rising globally, increasing the cost of production for miners, but Caledonia says it expects that the inflation “currently being experienced by most mining companies will be offset by efficiencies resulting from the successful implementation of Central Shaft”.

In 2022, Caledonia invested close to US$20 million into capital expenditure, which was spent on a new tailings dam and underground development.-NewZWire