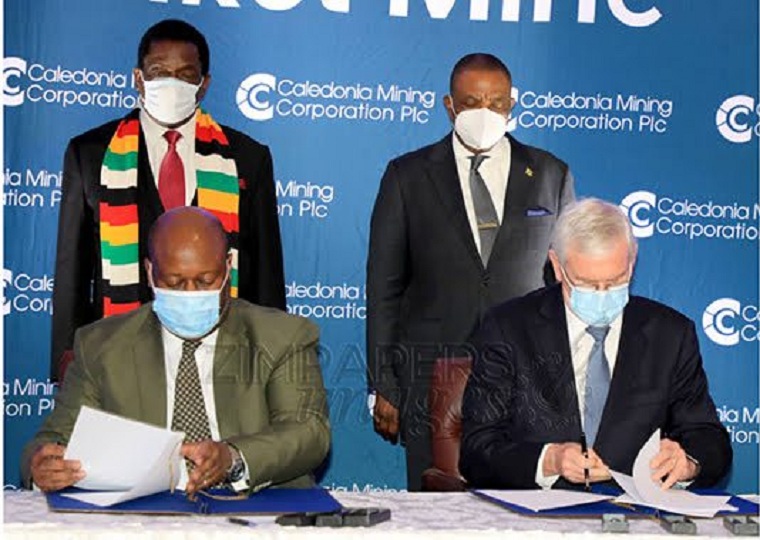 Caledonia Mining is targeting mining claims at Glen Hume, near Gweru, the first step in expanding its investment portfolio in Zimbabwe.

The company says it has entered into an option agreement for exclusive exploration rights over the claims, which the company says have historically produced significant quantities of gold.

If exploration is successful, Caledonia would acquire the property for a total of US$5 million.

The agreement covers an area of around 350 hectares with substantial evidence of gold mineralisation including historical mining activity, Caledonia said in a statement on Thursday.

“Caledonia has conducted airborne geophysics which indicates attractive exploration targets and has also conducted preliminary metallurgical work indicating favourable grade and recovery. A preliminary contract has been signed with the existing drilling contractor and a drill programme has been put in place,” the company said.

Glen Hume, previously held by New Dawn Mining, would be Caledonia’s first investment after Blanket Mine.

Recently, the company completed the deepening and equipping of central shaft at Blanket. This project will increase output there from the current 55 000 ounces per year to over 80 000 from 2022.

Completing that project means that Caledonia now has money to spare for new acquisitions.

“This gives us the financial and management capacity to take on new opportunities in Zimbabwe and we are pleased to enter into this option agreement which give us the right to explore and subsequently to acquire mining claims over this property,” Caledonia CEO Steve Curtis says.

Curtis added: “This agreement represents the first step towards our goal of increasing our portfolio and becoming a multi-asset gold producer in Zimbabwe, one of the last gold frontiers in Africa.”

At Glen Hume, Caledonia has the right to explore the area for 15 months. The company will make an initial payment of US$2.5 million in cash, followed by a further US$2.5 million – payable in cash or shares – which would be paid if Caledonia decides to buy the mining claims.

Glen Hume, which sits on the Gweru greenstone belt, fits Caledonia’s investment strategy. In May, FD Mark Learmonth said the company was targeting small-sized brownfield investments that could be brought to production at low cost.

In October, signed an MoU with the government to evaluate a possible investment in state-owned gold assets.- NewZwire