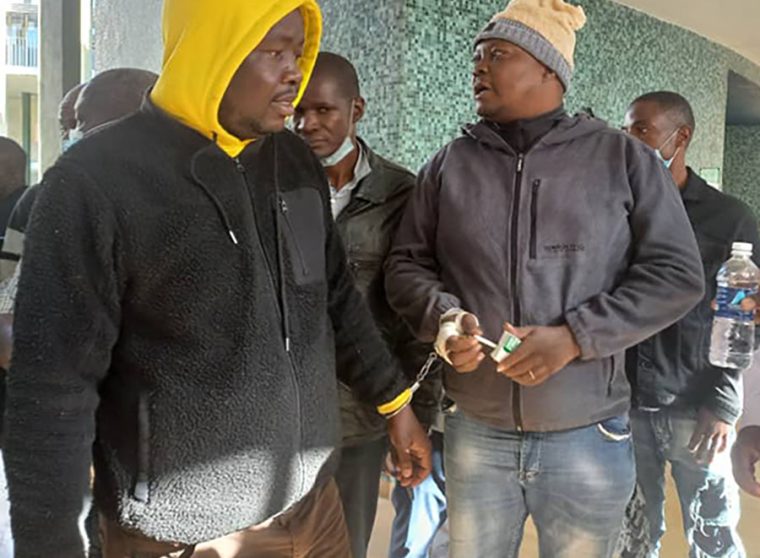 Britain on Friday asked for reform in Zimbabwe ahead of next year’s elections which will be held in July or August warning that the world was watching.

Several peers asked what the United Kingdom government was doing to make sure that Zimbabwe held free and fair elections next year in view of the continued detention of opposition politicians like Job Sikhala as well as the harassment of journalists.

Below is the full question and answer session in the House of Lords at the very time the Zimbabwe African National Union-Patriotic Front was holding its congress which endorsed President Emmerson Mnangagwa as the party’s sole candidater for the elections..

Lord Oates Liberal Democrat: To ask His Majesty’s Government what discussions they have had with the Government of Zimbabwe about the continued detention of opposition Members of the Zimbabwean Parliament Job Sikhala and Godfrey Sithole, and other opposition activists.

Lord Goldsmith of Richmond Park Minister of State (Foreign, Commonwealth and Development Office): My Lords, the UK is concerned by the trend of lengthy pre-trial detention of government critics in Zimbabwe. We are monitoring the ongoing detention of the MPs Job Sikhala and Godfrey Sithole. As the ambassador publicly stated on 2 October, the UK is committed to the fundamental right to peaceful assembly and association, as enshrined in Zimbabwe’s constitution. The former Minister for Africa also raised the issue with the Foreign Minister of Zimbabwe on 30 June.

Lord Oates Liberal Democrat:  My Lords, the Minister will be aware that opposition MPs Job Sikhala and Godfrey Sithole have now been detained without bail for 142 days in Chikurubi maximum security prison and paraded before court in leg irons; that only a week ago, the Bulawayo MP Jasmine Toffa was violently assaulted as part of an attack on CCC activists; and that across Zimbabwe political violence is raging in the lead-up to the 2023 general elections. Will he join me in calling on the Zimbabwe Government to end this political violence now? Will he join me also in making clear to ZANU-PF officials and Ministers, members of the Zimbabwe Republic Police and Zimbabwe prison officers that the world is watching and holds them accountable for the safety and security of all Zimbabwe’s citizens?

Lord Goldsmith of Richmond Park Minister of State (Foreign, Commonwealth and Development Office):  I thank the noble Lord for raising this enormously important issue. He is right: the world is watching and of course the UK is deeply concerned by the challenging human rights situation in Zimbabwe. Political parties, journalists and opponents should be able to operate without any form of harassment. We regularly call for the rights of freedom of assembly and association, as well as the rule of law and due process, to be respected in line with Zimbabwe’s own constitution. We monitor all individual cases, including those that he mentioned, such as that of Jasmine Toffa MP. All political violence is concerning and violence against women in politics is of particular concern, particularly in Zimbabwe.

Lord St John of Bletso Crossbench: My Lords, following the continued violence against opposition supporters and candidates at the Matabeleland election last weekend, and the refusal of the electoral commission to release the electoral roll, what chance is there of there being free and fair elections in Zimbabwe in July?

Lord Goldsmith of Richmond Park Minister of State (Foreign, Commonwealth and Development Office): The noble Lord is right to raise this issue as well. The UK is working closely with international partners to encourage the Zimbabwean Government to live up to their own constitution and commitment to electoral reform, including by implementing the recommendations from the 2018 electoral monitoring reports. We recognise that there has been only very limited progress to date on the electoral reforms recommended in the 2018 paper. Key outstanding areas include a transparent voter registration process, publication of an accurate voters roll, transparent use of state-owned resources and more effort to demonstrate the independence of the electoral commission. This remains a priority in our discussions with not just Zimbabwe but neighbouring countries as well.

The Bishop of Southwark: My Lords, the diocese of Southwark is linked with four of the five Anglican dioceses in Zimbabwe and the neighbouring diocese of Rochester with the fifth, Harare. Does the Minister agree that the systemic corruption and long-standing poor level of governance in Zimbabwe continually undermine civil society and reduce the well-being of the people and all the institutions there, including the Church?

Lord Goldsmith of Richmond Park Minister of State (Foreign, Commonwealth and Development Office): My Lords, Zimbabwe is a country with extraordinary potential and an extraordinary history, and of course it is right that the current political approach inhibits that potential. The UK is a long-standing partner of Zimbabwe and we provide significant levels of ODA. However, I want to be clear to the House that we do so in a way that avoids government-to-government bilateral financial aid. In other words, none of the money that we provide is channelled through the Government. Instead, we work through multilateral organisations, and wherever we possibly can we support civil society and NGOs in the private sector.

Lord Collins of Highbury Opposition Whip (Lords), Shadow Spokesperson (Foreign and Commonwealth Affairs and International Development), Shadow Deputy Leader of the House of Lords: My Lords, just to pick up on that point, I have raised on numerous occasions with Ministers the continued repression of civil society in Zimbabwe, including of trade unionists. Can the Minister tell us the latest FCDO assessment of the passage of the Private Voluntary Organisations Amendment Bill, which Ministers have acknowledged could be used to restrict civil space? Could he tell us also how we are working with allies, global civil society and interfaith groups to ensure that it is their voice that is heard in Zimbabwe and not simply government voices?

Lord Goldsmith of Richmond Park Minister of State (Foreign, Commonwealth and Development Office): The Government very much agree with the opening remarks of the noble Lord. We are concerned that the Private Voluntary Organisations Amendment Bill, if it becomes law and is implemented, could very easily be used to undermine the ability of civil society to operate effectively in Zimbabwe. It also puts at risk its ability to deliver development and humanitarian assistance. We engage very widely, not only with civil society within Zimbabwe and through our overseas development assistance, which I mentioned earlier, but also, importantly, with South Africa. As noble Lords will know, we have deep and long-standing ties with South Africa, recognising the important role that the African Union and the Southern African Development Community have in relation to Zimbabwe. UK officials speak very often on a broad range of issues, including of course on Zimbabwe.

Lord Hayward Conservative: My Lords, reference has already been made to the elections in 2018; at that time I was one of the observers from this country on behalf of the Commonwealth, with the noble Baroness, Lady Jay. The report was pretty damning, particularly in relation to the events after the general election in 2018. Can my noble friend ensure that very strong representations are made to the electoral commission, because it has been lamentable in any action? It was before the 2018 election, and there is no sign that it will enforce any form of free and fair elections next year.

Lord Goldsmith of Richmond Park Minister of State (Foreign, Commonwealth and Development Office): My Lords, we will use whatever leverage we have to maximise the chance of free and fair elections. I make a broader point: we know that President Mnangagwa wants more engagement with the UK—that is clear—and in many respects we want him to have that too. However, deeper re-engagement with the UK will require meaningful political and economic reform and respect for human rights and the rule of law in line with the President’s own stated commitments when he took office. The former Africa Minister reinforced that message when she met the President last year at COP.

Lord Goldsmith of Richmond Park Minister of State (Foreign, Commonwealth and Development Office): My Lords, I cannot provide details of ministerial meetings; that is not to say that they have not happened—I just do not have the details of specific meetings. However, I know that at numerous international fora the then Africa Minister, as well as other Ministers including myself, have had discussions with neighbouring countries in the region where this and other issues have been raised. However, I will provide details on specific meetings with SADC after this Question.

Baroness Hoey Non-affiliated: My Lords, the noble Lord, Lord Oates, has outlined the shocking violence perpetrated by ZANU-PF and Mnangagwa on anyone, really, who opposes the regime. The economic situation is dire, and hunger is being used against anyone who opposes the regime. Does not the visit of the South African President—the first state visit under His Majesty the King—give the Government a wonderful opportunity to work with the South African Government and talk to them about how they, and other countries in Africa, can influence together to ensure that there really will be free and fair elections next year in Zimbabwe?

Lord Goldsmith of Richmond Park Minister of State (Foreign, Commonwealth and Development Office):The noble Baroness has been a champion of Zimbabwe for many years, and I pay tribute to her for that. She is right to identify this upcoming visit as an opportunity. There is no doubt that South Africa, and indeed southern African countries, not least through SADC, have a particular ability to influence Zimbabwe, far more so than we can. I am sure that the topic we are discussing today will be on the agenda when the visit happens.