According to figures released by the central bank, Zimbabwe paid out US$3.2 billion in the first seven months of this year with 35% coming from the auction, 58% from foreign currency accounts and 7% from the interbank market.

Zimbabwe is banking on enhancing the auction system and has promised to iron out disbursement problems within 45 days. 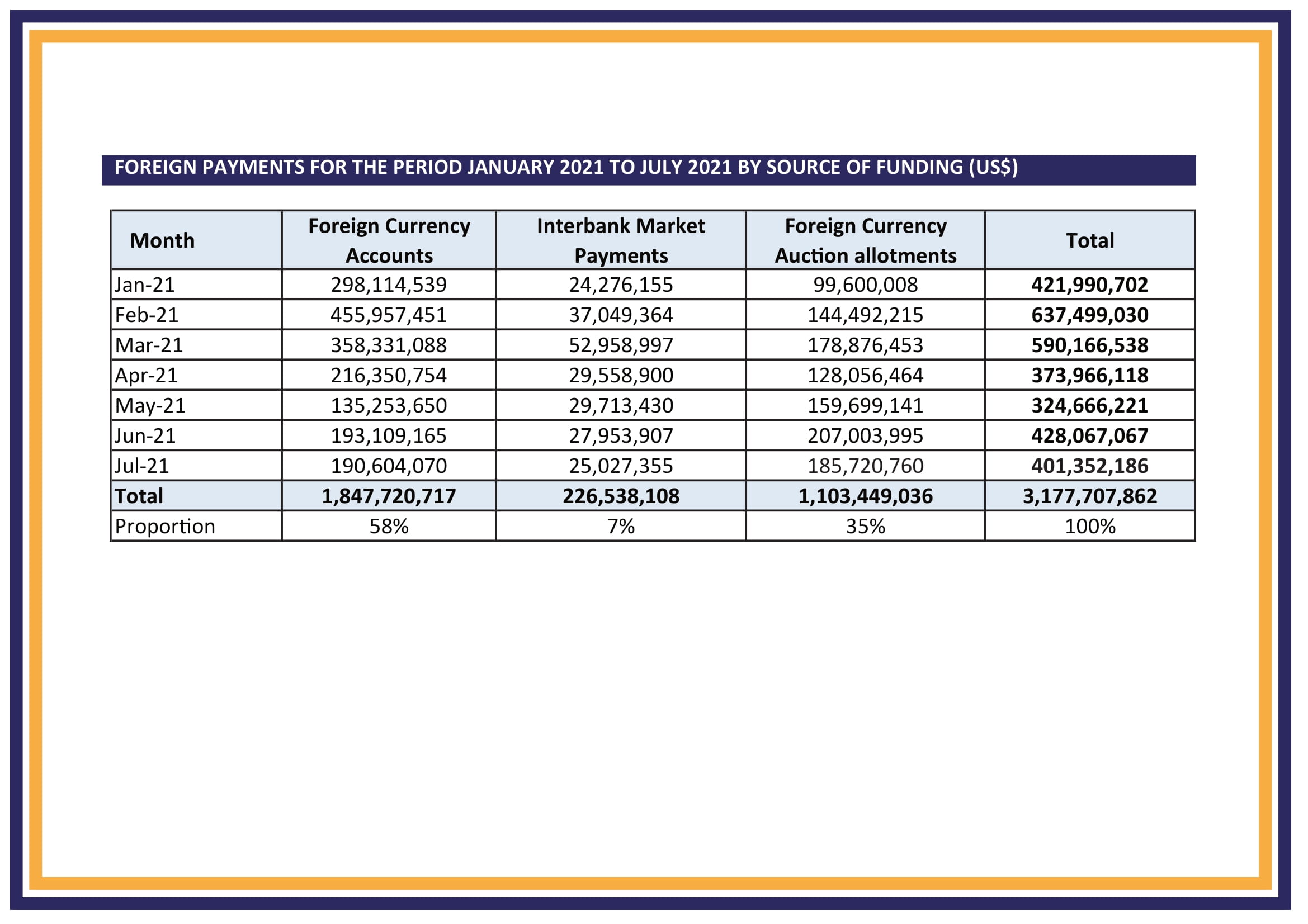