Africa to produce more billionaires than US, UK over next... 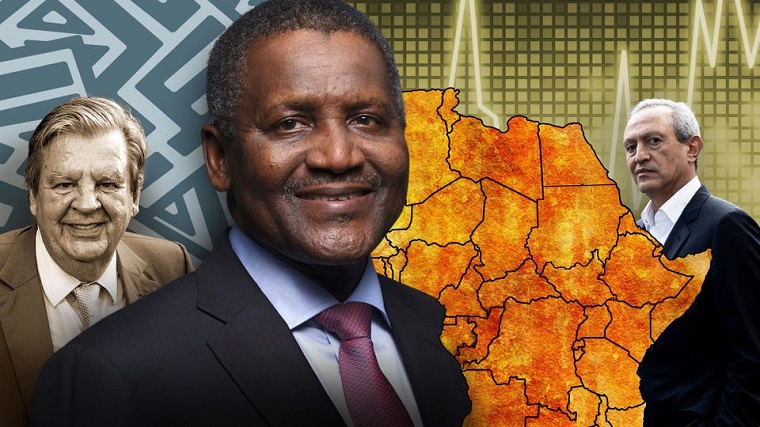 Rebounding from decades of corruption, chaos, and economic turmoil, Africa is on track to record significant growth in the coming years, as founders and businessmen leverage its vast human and natural resources to create wealth in an era driven by the Internet and technology.

According to a recent report by Henley & Partners in collaboration with New World Wealth, a global wealth intelligence firm based in South Africa, a huge number of billionaires will emerge in Africa in the coming decades despite the economic challenges posed by COVID-19 and Russia’s war in Ukraine.

The news comes amid changing dynamics in developed economies, a tsunami of private capital exiting Russia and Ukraine, the UK waving goodbye its wealth hub crown, the United States losing its shine for the world’s wealthy, and the UAE attracting large net inflows of millionaires in 2022.

Although the United States remains the world’s primary center of global private wealth, if inflows of HNWIs are any indication, its ability to attract investment is slowing significantly, while the UK, which was once a major wealth magnet, continues to see a steady net outflow of millionaires.

According to the report, which tracks private wealth and investment migration trends around the world, Africa will produce more millionaires than the United States, the UK, and other developed countries, as many countries that traditionally attracted wealthy investors lose their luster.

Trevor Williams, former chief economist at Lloyds Bank Commercial, believes that emerging economies will boom over the next decade.

“As the world economy grows, economies in Africa, Latin America, and elsewhere in the Global South are catching up with high-income economies,” he said. “And as this report shows, they will see a more significant number of millionaires and billionaires in the next decade.”

He also stated that the number of HNWIs — individuals with a net worth of $1 million or more, of which there are presently just over 15 million worldwide — is expected to increase by 90 percent in Sri Lanka by 2031, while India’s and Mauritius’ millionaire growth is expected to hit 80 percent, and China’s 50 percent, compared to 20 percent in the United States and 10 percent in France, Germany, Italy, and the UK.

The wealth forecast follows an earlier report this year that revealed total private wealth on the African continent is $2.1 trillion, and is expected to rise by 38 percent over the next 10 years.

Growth in the technology and professional services sectors, according to the report, will drive a 38-percent increase in the continent’s private wealth over the next decade.

Wealth creation and capital flow across the continent will be linked to the performance of frontier economies, which will be driven by the need to diversify wealth-creating sources.

Mauritius, Rwanda, and Uganda are expected to see their private wealth increase at the fastest rates on the continent — by at least 60 percent — during the period, while large gains are also expected in Kenya, Morocco, Mozambique, and Zambia.