A day not a week seems like a long time... 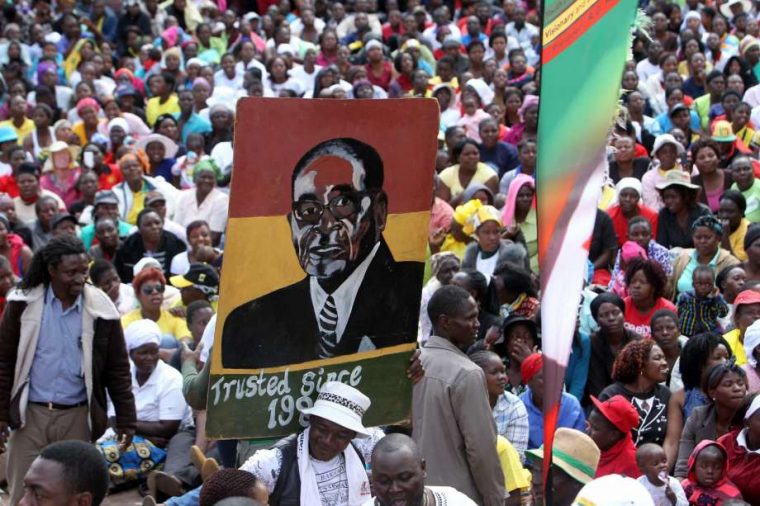 In Zimbabwe, a day not a week seems like a long time in politics. It is difficult to get a sense of perspective when so much is happening, and so fast.

Just scanning the daily compilations made by the amazing Zimbabwesituation.com (what a service this has supplied since 2000!) is overwhelming, and being immersed in the day-to-day means that it is difficult to separate wood from trees.

Recent Zimbabweland blogs reflected on the popular #This Flag movements and wider protests, which seemed to have come from nowhere. They can of course as easily disappear, in the foment that is Zimbabwean politics.

In recent weeks, as the state feared opposition groups capitalising on discontent, there was an attempted two-week ban on protests. This was in turn overturned by the High Court, as the Attorney General’s office provided an inadequate case.

Meanwhile, on the back of the dramatic rejection of the President by his strongest allies, the war veterans, fears in the party about its base continue. Former Vice President, and war veteran heroine, Joice Mujuru’s rally in Bindura was nearly blocked, to the outrage of People First activists.

And in the ranks of the wider opposition, Morgan Tsvangirai and Tendai Biti seem to be talking again, with ‘olive branches’ being offered and talk of alliances being once again rekindled.

And of course the backdrop is the continued speculation about President Mugabe's health, with the tracking of Air Zimbabwe's UM1 to various destinations becoming an obsession for some.

On the land front, the attempts to create a new land administration system are being hampered by dispute, contention and continued lawlessness.

The now cabinet-approved Land Commission Bill, emerging from the cross-party Constitutional Agreement, provides a framework for audit, compensation and oversight (more on this on the blog soon), as well as the payment of lease fees, under a revised 99 year lease arrangement.

But, perhaps inevitably, things are not settled. With volatile politics, seeking a stable, technocratic solution, rooted in laws and regulations, is almost impossible.

So what to make of it all? There are as many views as commentators, but someone who speaks from a non-partisan position, and on the basis of both distance and long, intimate engagement in Zimbabwe is Professor Stephen Chan, from the School of Oriental and African Studies at the University of London.

In January this year he offered his views to the New York Times. He made the case for tentative re-engagement by the West, and a focus on the players within ZANU-PF: