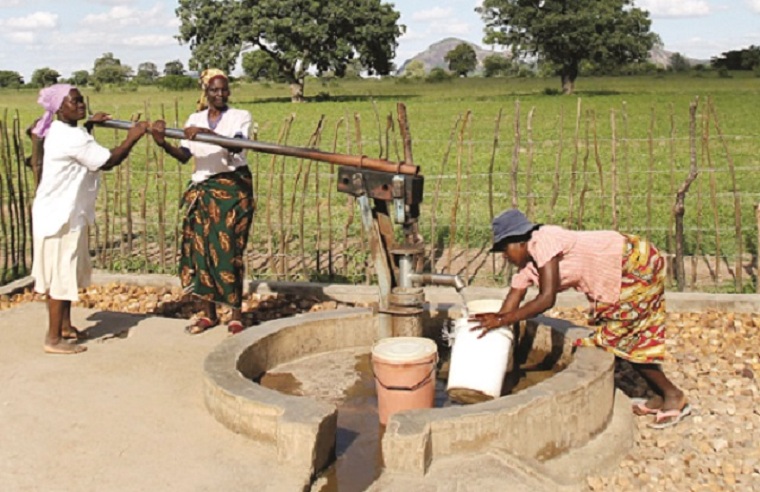 Lands Minister Anxious Masuka, who is also responsible for water, told Parliament yesterday that every village will have at least one borehole while every school will also have one.

The country already has 41 754 boreholes but just over half are working.

Here is what Masuka told Parliament.

These water points provide potable water to rural communities but their functionality is about 55%.  In the current year, the Ministry will commence a massive borehole drilling programme where an additional 44 600 boreholes countrywide (35 000 boreholes in villages and 9 600 in institutions) will be drilled by 2025 to provide water for both horticultural production and primary water supplies.  These will be drilled at a distribution rate of one borehole per village and one at every one of the 9 600 schools.  To start off, we will target three boreholes per ward and where there is sufficient yield, piped water schemes powered through solar energy will be developed to serve villages and institutions.  We have dubbed this progamme the Presidential Rural Horticulture Scheme which is part of the broader Horticultural Recovery and Growth Plan.  This programme will address the twin challenges of water security and food/nutrition security for the rural populace as we move towards an upper middle-income economy by 2030.

Treasury has, in 2021, availed ZWL760 million through DDF and ZINWA and another ZWL350 million through the Ministry of Primary and Secondary Education for borehole drilling, altogether ZWL1.11 billion.  This will be sufficient to fund the drilling of around 1800 boreholes countrywide.  ZINWA and DDF have combined rig capacity of 12 (ZINWA 4 and DDF 8), with an additional 20 rigs (DDF 10 and ZINWA 10) currently being procured.  Additional capacity will be outsourced from the private sector where some 120 rigs are available.

Ministers of State for Provincial Affairs and Devolution will coordinate the borehole site identification efforts with local community leadership.  The community of users (or villagers) will identify three pre-sites that will be subjected to hydro geological surveys for confirmation of potential sites for drilling.  It is these sites, identified by the locals and where scientific confirmation of potential for water has been made, where boreholes will then be drilled.

Moving forward, we intend to have the Presidential launch done during the second half of the year.  Currently, the process of identifying the three sites per ward has just commenced.  Thank you Mr. Speaker Sir.